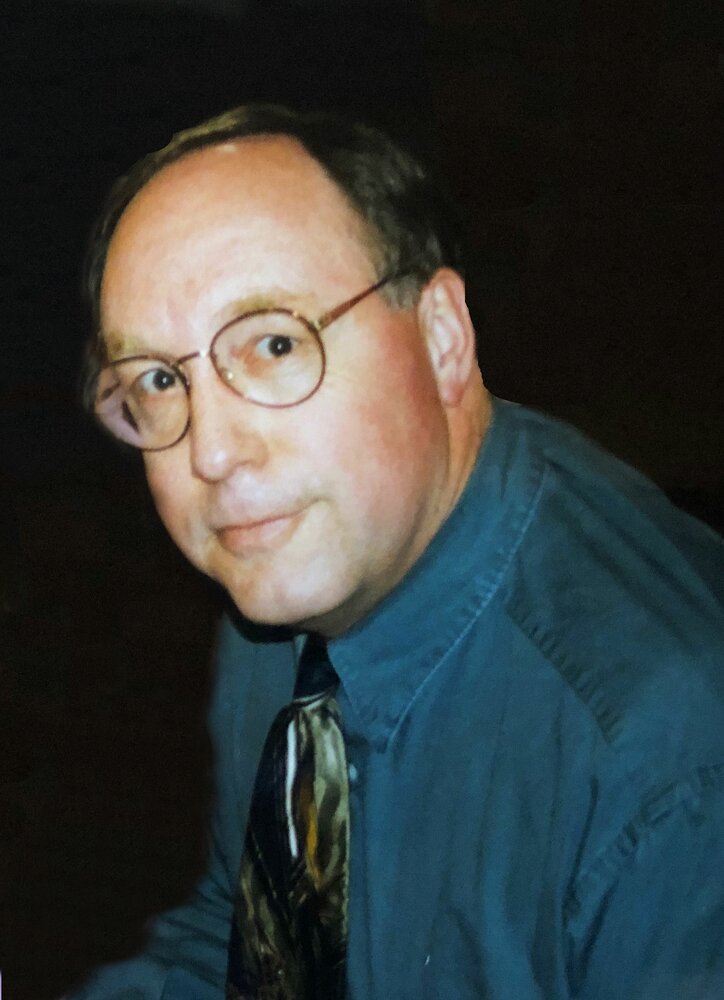 Please share a memory of Thomas to include in a keepsake book for family and friends.
View Tribute Book

Surrounded by his wife Carol, sister Lana, brother-in-law Jerry, and many members of Pineview Cottage staff, Tom passed peacefully from this world and into heaven on January 12, 2023. A funeral service will be held at 11:00 am, on Thursday, January 19, 2023, at the First Baptist Church of Mt. Morris. Reverend Larry Nelson to officiate, with burial to follow at Mt. Morris Cemetery. Tom’s family will be present to receive friends from 4:00 pm, until 8:00 pm on Wednesday at Martin Funeral, Cremation & Tribute Services. Tom will be taken to church to lie in state on Thursday morning from 10:00 am until the time of service at 11:00 am. Memorial contributions may be considered to the First Baptist Church of Mt. Morris. Envelopes are available at the funeral home and the church. Expressions of sympathy may be placed on Tom’s tribute wall at martinfuneralhome.com.

His parents, Chuck and Orpha predeceased him.

Tom attended Mt. Morris Schools and graduated in 1968. He attended Ferris State University where he played college football while working on a bachelor's in biology. He graduated from Ferris and went on to earn a master's degree in Education from Eastern Michigan University. Tom began his education career at Romulus High School, where he taught biology and coached football. After 12 years in the classroom, Tom became an Assistant Principal at Romulus High. In 1986, Oscoda Schools hired him as the Principal of Oscoda High. He worked there until 1992 at which time he was hired by Algonac Schools to serve as High School Principal. All his time in education was spent helping and promoting his students, staff, and parents. Tom was well-respected among his peers, and he was devoted to his career and the people he served. In 2002 Tom and his wife Carol both retired from education and moved to Wolverine, where they finished their log home, put in fencing, and purchased four young horses. Tom and Carol worked at the Boyne Highlands during the winter from 2002 until 2012. Tom also worked for the Department of Natural Resources during the summer months from 2004 until 2012. During that time, he served as an Explorer Guide at Burt Lake State Park for three years and then became an Explorer Guide Supervisor for several state parks in northern Michigan for 2 years. The last three years of his tenure with the DNR, he was the lead guide and supervisor for the Oden State Fish Hatchery in Oden, Mi. Tom loved the outdoors. His favorite adventures included hiking in the Rockies, the Appalachians, the Pacific Northwest, and Arizona, and backpacking on Isle Royal. He was an avid hunter and fisherman. Tom was an accomplished horseman and loved riding the trails in Michigan’s beautiful north country with his horse Ronnie. Tom and Ronnie enjoyed sharing their love of riding and the out of doors with people of all ages. In 2011, Tom was deputized and served on the Cheboygan County Mounted Search and Rescue Division until 2016. In 2013, Tom co-founded the 501c three nonprofit Western Dressage Association of Michigan (WDAMI). This organization continues to thrive and provide many horse enthusiasts with education and competitive opportunities throughout the state and nation. In 2017 his 1968 undefeated Ferris State College football team was inducted into the Ferris State University Hall of Fame. Throughout his entire life, Tom loved the Lord. He was a devout Christian who believed in the goodness of mankind and the joy of life. As he battled dementia, he never lost his faith, nor did he bemoan his fate. Each day, he thanked the Lord for the blessings in his life. All of us who were close to Tom will miss his love, his character and strength, his humor, and his smile. Yet he has left us with many memories which we will always cherish. Tom will continue to be a guiding light for his wife Carol and all those who loved him.

Tom's obituary was lovingly written by his family.