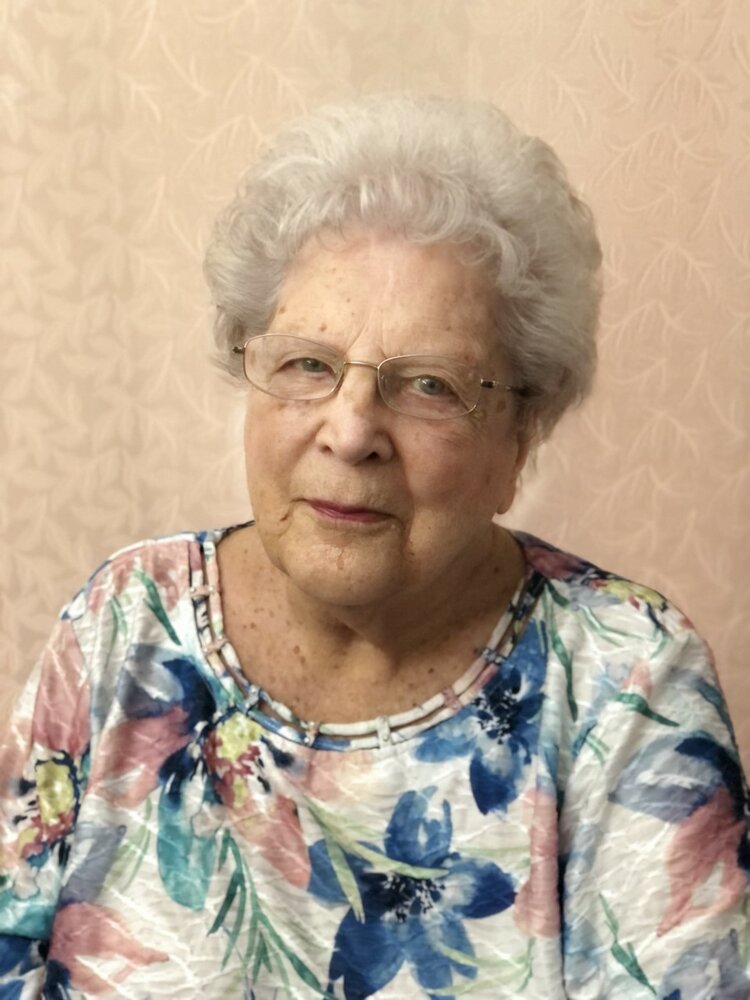 Please share a memory of Jacqueline to include in a keepsake book for family and friends.
View Tribute Book

Jackie was born in Flint, Michigan on June 22, 1930; the daughter of John and Bessie (Leeck) Egelski. She was the Mt. Morris High School Class of 1948 valedictorian. Jackie married Howard E. Bartz on December 10, 1949. To this union, they were blessed with four children.

As an educator, Jackie taught hundreds of children over her 37-year career in schools across Genesee County, Michigan. In retirement, Jackie volunteered at St. Joseph Hospital and Crossroads Village. She also toured the United States and visited multiple countries across the world.  In retirement, she remained an active member of the Genesee Lioness Club, Red Hats Society, and St. Mark Lutheran Church Quilters Guild.

Jackie is survived by her children: Michael Bartz of New York, John Bartz of Florida, Nancy (Richard) Zoromski of Missouri, and Heidi (Steve) Arco of Michigan; along with seven grandchildren and ten great-grandchildren.

A small private service will be held to celebrate her life. Interment will be at Flint Memorial Cemetery in Mt. Morris, Michigan. The family asks that in lieu of flowers, donations be sent to St. Mark Lutheran Church in Flint, Michigan.

A Memorial Tree was planted for Jacqueline
We are deeply sorry for your loss ~ the staff at Martin Funeral, Cremation, and Tribute Services of Mt Morris
Join in honoring their life - plant a memorial tree
Print
Online Memory & Photo Sharing Event
Online Event
About this Event