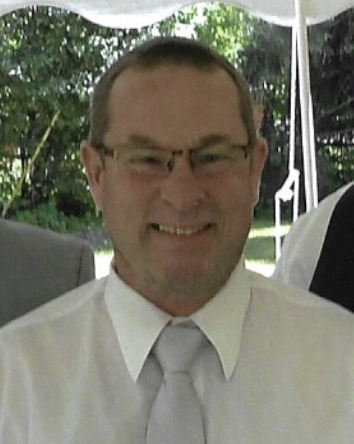 Please share a memory of Roger to include in a keepsake book for family and friends.
View Tribute Book

Age 60, of Vassar, died September 7, 2022, at Henry Ford Hospital in Detroit. A funeral service will take place at 1:00 pm, Tuesday, September 13, 2022, at Martin Funeral, Cremation & Tribute Services in Vassar, with Pastor Anthony Barber officiating. Roger’s family will be present to receive friends on Tuesday, from 11:00 am until the time of service at 1:00 pm. Memorial Contributions may be given to Henry Ford Health Systems Transplant Institute, with envelopes available at the funeral home. Roger's family would like to invite friends to a luncheon at The First Baptist Church in Vassar following Roger's service. Expressions of sympathy may be placed on Roger’s tribute page at martinfuneralhome.com.

Roger was born December 15, 1961, to Mr. and Mrs. Kenneth and Marjorie (Hemingway) Daenzer in Saginaw. Educated locally, Roger graduated from Vassar High School with the class of 1980. He married the love of his life, Diane, on August 25, 1992, on Mackinac Island. Roger worked for Memtron Technologies in Frankenmuth as a laser operator for 35 years until his retirement in 2021. Roger was the Grill Master! Any time he could, Roger loved to grill for his family and friends, always on his charcoal grill. His specialties on the grill were brats, chicken, and burgers. Roger was an avid sports fan, always supporting Michigan State and other local sports teams. Fishing and boating on the lakes in Michigan were his favorite pastimes. Roger was a gifted musician and played trumpet.

Roger was preceded in death by his father, Kenneth Daenzer, and mother-in-law, Dorothy Wenzel.