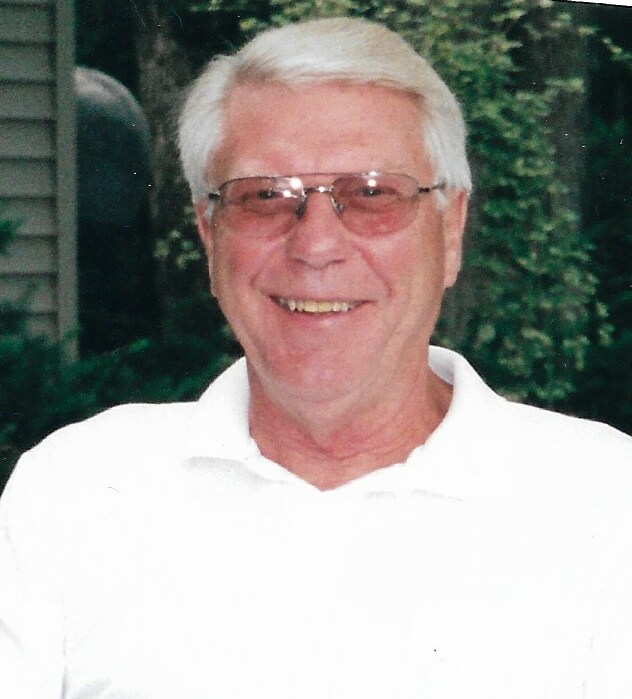 Please share a memory of Randall to include in a keepsake book for family and friends.
View Tribute Book

Age 83, of Mt. Morris, died Monday, August 8, 2022, at McLaren Lapeer. A Memorial Service will be held at 12:00 noon, on Thursday, August 18, 2022, at Martin Funeral, Cremation & Tribute Services in Mt. Morris. Pastor Dean Gardner to officiate. Randall’s family will be present to receive friends from 11:00 am until the time of service at 12:00 noon. Memorial contributions may be directed to the American Lung Association. Expressions of sympathy may be placed on Randall’s tribute page at martinfuneralhome.com.

Randall “Randy” was born in Evart, MI on August 5, 1939, the son of Mr. and Mrs. Henry and Mina (Newland) Sorensen. Randy attended Evart High School where he graduated with the Class of 1957. He led the Evart basketball team to a regional title that year.  In 1958, Randy enlisted in the United States Army where he proudly served his country. He was involved with the coding department and had top secret crypto clearance while stationed in Germany. Randy was honorably discharged in 1961 and returned home. Upon his return to the states, he then went on to trade school and obtained his journeyman license in machine repair. Randy started his lifelong career working at General Motors where he repaired the machines that made the parts for cars for the next 38 years. His aptitude for repairing machines showed at an early age when he and his brother went to a junkyard and got 2 bikes and used the parts from each to build a good bike which they shared. On August 8, 1989, Randy married the love of his life, Betty Alexander. Sadly, she preceded him in death on February 2, 2012. Randy was a member of the Fraternal Order of Eagles #3485, Moose Lodge #1437, and the American Legion #0064. Randy was an avid golfer and was a well-known member at Vienna Greens, and he won the Senior league there. He enjoyed golfing with his wife and his family. Randy was always supportive of whatever his son or grandchildren wanted to be a part of. In his early years, he helped his son become a good baseball pitcher and basketball player. His love of sports didn’t stop there. He enjoyed watching U of M, MSU, Detroit Tigers, and the Detroit Lions play. He was a spectacular pool player participating in several pool leagues. Randy spent many weekends at the cabin on the Muskegon River at the cabin of Joyce and Bob Richey. He enjoyed kayaking, hunting, and being with dear family and friends. He loved to go to his hometown of Evart, frequenting the Doherty Hotel. Randy had a great sense of humor and was fun-loving, patient, kind, and gentle. Above all else, he loved to talk about and spend time with his grandkids and tell everyone about their accomplishments. He will be greatly missed.

Randy’s family would like to extend their gratitude to McLaren-Lapeer for the outstanding care they showed their family.