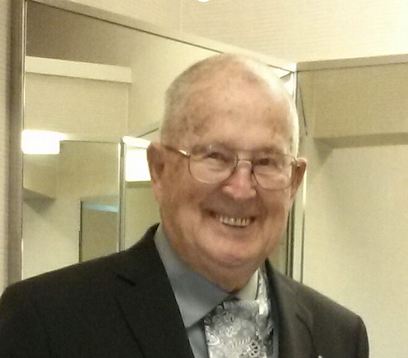 Age 86, of Genesee, died Sunday, December 5, 2021, at Hurley Medical Center. A Mass of Christian Burial will take place at 11:00 am, Saturday, December 18, 2021, at St. Mary Catholic Church in Mt. Morris. Rev. Fr. Roy Horning to officiate, with burial to follow at Flint Memorial Park Cemetery. LaVerne’s family will be present to receive friends from 2:00 pm until 8:00 pm on Friday, December 17, 2021, at Martin Funeral, Cremation & Tribute Services in Mt. Morris. On Saturday morning, LaVerne will be taken to church to lie in state from 10:00 am until the time of service at 11:00 am. Memorial contributions may be directed to the Leader Dog for the Blind in Rochester. Expressions of sympathy may be placed on LaVerne’s tribute page at martinfuneralhome.com.

LaVerne was born in Genesee Ville, on July 18, 1935, the son of Mr. and Mrs. Whitman and Treasure Beatrice (Dunklee) Morse. Educated locally, LaVerne graduated from Genesee High School in 1951, as the school ended in the 10th grade, and then he went on to complete his graduation at Kearsley High School where he graduated with the class of 1953. LaVerne met and married the love of his life, Janet Beatenhead, on June 29, 1957, at St. Mary Catholic Church in Mt. Morris. He was a member of the St. Mary's Choir for over 30 years. He has been a member of St. Mary Catholic church since June of 1957. LaVerne worked as a part picker for Swartz Creek Parts (CCA Parts Division) until his retirement in 1987. He also worked at Nightingale Lanes in Burton from the age of 15 and then moved up to a management position.  LaVerne was known as a jack-of-all-trades and built many homes with his son. He also was the person his children would call whenever they needed something fixed in their own homes. LaVerne’s family on his father’s side were founding members of the town of Genesee. They were the Clapps, and had a street named after them. They came from Genesee NY, in the early 1800s, and he was proud to say he lived there his entire life. LaVerne was a member of the Genesee Lions Club #4753. Fishing was one of his favorite hobbies. Some of the places he would fish are Mott Lake with his brothers, Pops Landing, where he would fish with his father-in-law, and in Sebawing. He also enjoyed hunting in Cadillac. He was a very social person and all who knew him could expect a hug from him. LaVerne took his wife and children on nice vacations every summer, the most memorable was when they went to Washington DC and Gettysburg. He passed on his love of travel to all his children. They went to several places, and they did it all for free. Traveling the United States with his family was his favorite pastime. He was a wonderful, loving man and will be greatly missed. The family would like to extend a special thank you to the staff at Serenity for the care and compassion they have shown.

LaVerne was preceded in death by his parents, siblings: Ron, twin siblings: Marilynn and Marvin, and Joyce.