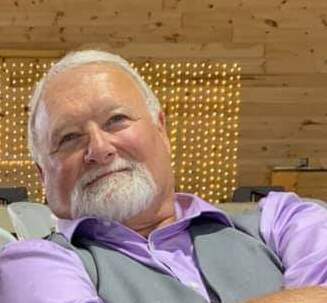 Age 71, of Flushing, passed away Thursday, October 28, 2021, at Ascension Genesys, with his family by his side. A Funeral Service will be held at 3:00 pm, Wednesday, November 3, 2021, at Martin Funeral, Cremation & Tribute Services in Mt. Morris. Pastor Ron Scott to officiate. Ronald’s family will be present to receive guests from 12:00 noon until the time of service at 3:00 pm. Expressions of sympathy and memorial contributions may be placed on Ronald’s tribute page at martinfuneralhome.com.

Ronald was born in Port Huron, on August 16, 1950, the son of Mr. and Mrs. Joseph and Clara (Schmidt) Smarszcz. Educated locally, Ronald graduated from Clio High School with the Class of 1969. Shortly after graduation, Ronald heeded the call to serve his country and enlisted in the United States Navy in 1970. He was then deployed and sailed off on the USS Carpenter, working in the weapons division until his honorable discharge in 1972. Upon returning to civilian life, Ronald went back to school to obtain his associate's degree in Applied Science, graduating in 1977. While going to college, Ronald worked in Specs Analysis at General Motors until his retirement on April 1, 2006. Ronald met the love of his life, Tina Guenther, in 1999, and married on August 8, 2008, in their backyard in Flushing. Ronald was an avid bowler for 50 years, where he received three 300 games from Colonial Lanes Bowling Alley. He was an amateur pro-bowler for many years traveling around the Genesee County area. He bowled at Galaxy Lanes and Colonial Lanes on 3 different leagues for the last several years. He taught many young people how to bowl. Ronald was also a local football referee, while his daughter was a cheerleader. In 2008, Ronald received his certification as an MHSAA official, where he refereed softball and baseball and then in 2009 he also took on football and has refereed those three sports ever since. Ronald was a huge Michigan State and Detroit Tigers fan. He loved umpiring the kids at Bicentennial Park on their little league teams. He enjoyed spending every summer at Sand Lake when his kids were little, and he liked spending time on the water with his boat. He enjoyed riding Excelsior Henderson motorcycles and being a DJ. Ronald loved his family and took great care of them. Among his family were his beloved dogs, Duchess, Daisy, and Elvis.

Ronald was preceded in death by his parents and grandson, Christopher Smarszcz.