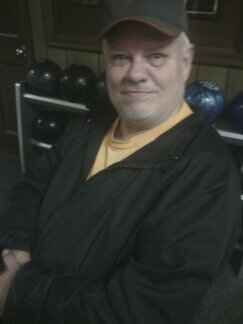 Age 61, of Mt. Morris, passed away Wednesday, September 8, 2021, at his home. A Graveside Service will take place at 11:00 am, Thursday, September 23, 2021, at Gracelawn Cemetery. Pastor Larry Survance to officiate. Expressions of sympathy may be placed on Daniel’s tribute page at martinfuneralhome.com.

Daniel was born in Flint, on May 29, 1960, the son of Mr. and Mrs. Ralph Edward and Nellie Frances (Medley) King. Educated locally, Daniel graduated from Elisabeth Ann Johnson High School with the Class of 1979. Shortly after graduation, Daniel went on to heed the call the serve his country and enlisted in the United States Army from March 14, 1980, until his honorable discharge on March 14, 1983. Upon his return to civilian life, Daniel entered into construction work. While he was working for construction, he enlisted into the Army National Guard until his honorable discharge on April 1, 1992. Daniel was an avid bowler and bowled on a league at Colonial Lanes with his family. He enjoyed watching M.A.S.H. and old game shows. Daniel also enjoyed hunting up North in Cheboygan and fishing anywhere there is water. Watching football was one of Daniel’s favorite pastimes with the Dallas Cowboys being his favorite team, but he loved all football teams. In his free time, Daniel enjoyed watching WWE wrestling and spending time with his family.