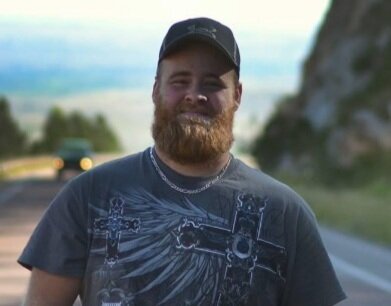 Please share a memory of Aaron to include in a keepsake book for family and friends.
View Tribute Book

Age 32, passed away peacefully on Tuesday, August 17, 2021, at Intermountain Medical Center in Murray, Utah. Funeral will take place at 3:00 pm, on Monday, August 30, 2021 at Martin Funeral, Cremation & Tribute Services in Vassar. Rev. Pastor Gerald Harrington to officiate. The family will be present to receive friends from 11:00 am until the time of service at 3:00 pm. Expressions of sympathy may be shared with the family and those desiring may direct memorial contributions to the family or to the funeral home, in Aaron's name, by visiting Aaron’s tribute page at martinfuneralhome.com.

Aaron was born on February 9, 1989, in Flint. The son of Angela (Moody) Glazier and James Fuller. Aaron grew up attending school and working in Vassar, Michigan before relocating and spending the last few years of his life in Sandy, Utah. As a child, Aaron could always be found tinkering on anything that had a motor. His love for mechanics followed him into adulthood, where he became certified in auto mechanics and eventually opened his own mobile mechanic business in Utah. For all the pride and love he had for his job, it was shadowed by his greatest accomplishments; his children, Teagan and Ila. No one was able to meet Aaron and not be aware of how much his family and faith in God meant to him. When he wasn’t working, he enjoyed fishing and being surrounded by family and friends. Being kind hearted came naturally to Aaron. He would never hesitate to help someone in need, whether that be giving the shirt off his back or helping someone make a move across the country. Aaron was always happy to make someone smile. Being described by many as a “big kid”, he was always found busting out in song, cracking jokes, or doing whatever he could to make those around him laugh. That joy Aaron brought to others will be deeply missed by the people whose lives he touched.

Aaron is being welcomed into Heaven by his two grandfathers: William Moody, and William Fuller.

While the sound of his laugh can no longer be heard, there are endless memories and stories to comfort his family and friends in the upcoming days.

Aaron's obituary was lovingly written by his family.

A Memorial Tree was planted for Aaron
We are deeply sorry for your loss ~ the staff at Martin Funeral, Cremation, and Tribute Services of Vassar
Join in honoring their life - plant a memorial tree
Print
Share A Memory
Send Flowers
Plant a Tree