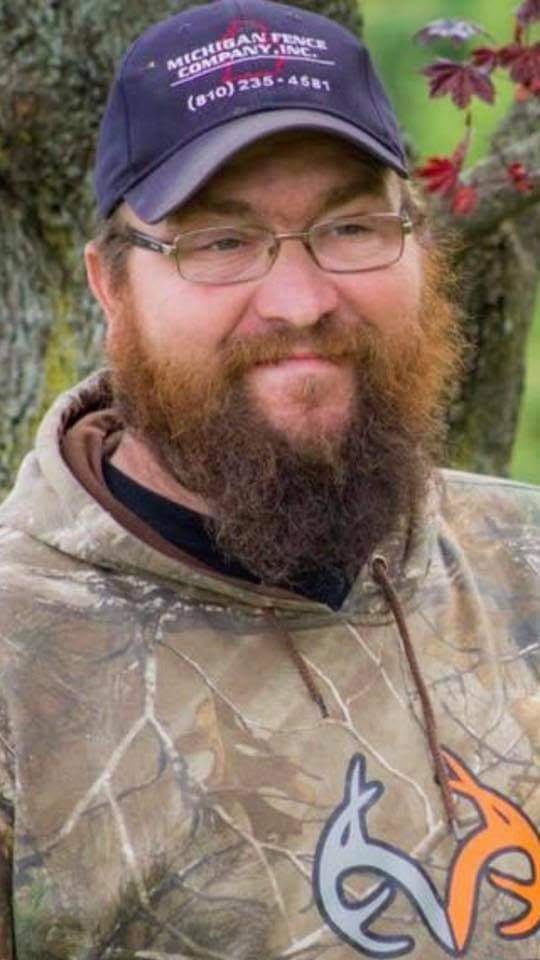 Age 44, of Vassar, passed away Sunday, July 4, 2021. A funeral service will take place at 2:00 pm, Friday, July 9, 2021, at Martin Funeral, Cremation & Tribute Services in Vassar. Pastor Brian Southerland to officiate. Ronnie’s family will be present to receive friends from 11:00 am until the time of service at 2:00 pm. Expressions of sympathy may be placed on Ronnie's tribute page at martinfuneralhome.com.

Ronnie was born in Cass City on September 10, 1976, the son of Mr. and Mrs. Ronald Franklin and Joy-Ann Marie (Morrish) Horning, Sr. Educated locally, Ronnie graduated from Mayville High School with the Class of 1995. Ronnie met and married the love of his life, Tiffany Peters, on June 23, 2001, at the Watrousville United Methodist Church. Ronnie worked in the construction industry as a fence installer. He started his career right after high school, working as an apprentice at Nationwide Fence Company where he was employed for 11 years until he took on a new position at Michigan Fence Company, where he has worked for the last 15 years. Ronnie had a love for animals, including raising his own cows and pigs. Helping others came naturally to Ronnie and he would do anything and everything for anyone. He was very clever, and if he was told he could not do something, he had to prove you wrong. Ronnie enjoyed working on cars and fixing them for others as he was a wonderful mechanic. In his free time, he enjoyed deer hunting on his property and also on private property in Ubly and mud bogging, but most important to Ronnie was spending time with his family. His granddaughter was the light of his life. He will be greatly missed by all who knew him.

The family would like to extend a special thank you to Michigan Fence Company, especially Debbie and Brian for their kindness and for treating Ronnie like their family.

Ronnie was preceded in death by his mother-in-law, Robin Pugh; father-in-law, Jerry Peters, and his grandparents.