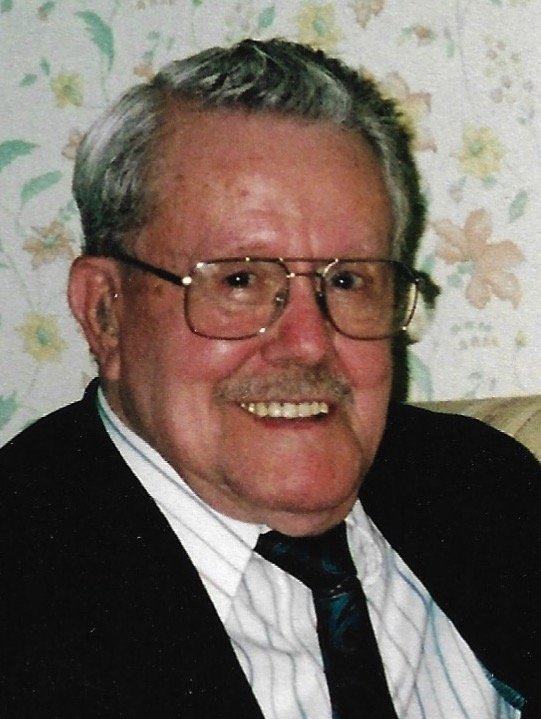 Age 99, of Mt. Morris, died Tuesday, June 1, 2021, in Ascension Genesys. A Celebration of Life will be at 2:00 pm on Monday, June 7, 2021, at Martin Funeral, Cremation & Tribute Services in Mt. Morris. Pastor Ralph Piper officiating with burial to follow at Woodlawn Cemetery in Clio. The family will be present to receive friends from 12:00 pm until the time of service at 2:00 pm. Those desiring may direct memorial contributions to the Genesee County Humane Society. Condolences may be shared on William’s tribute page at martinfuneralhome.com.

William “Glenn” was born in Port Huron, Michigan on August 29, 1921, the son of Mr. and Mrs. Charles and Lillian (Torgeson) Wheeler. Glenn was raised and educated in Port Huron before moving to Genesee County, which is where he met the love of his life Maxine Robinson. The two met, fell in love, and were united in marriage on April 3, 1941, in Flint, Michigan. Heading the call of his country Glenn served in the United States Army from January 5, 1943, until his honorable discharge on December 19, 1945. While stationed in North Carolina, Glenn and Maxine found out they were expecting their first child, a little girl. Shortly after the great news, Glenn was relocated to England, Maxine stayed home. After his return to civilian life, Glenn and Maxine had a son, Richard. The happy family of four enjoyed tent camping in Cheboygan, Michigan, family get-togethers and just having a good laugh. Glenn worked at Century Beverage as a driver and salesman until his retirement after 40 years of employment. In his free time, Glenn enjoyed fishing, watching sports especially the Detroit Tigers, Lions, and Redwings, and playing cards with family and friends. Most of all Glenn enjoyed spending time with his family. He was a dearly loved, husband, father, grandfather, great grandfather, and friend.