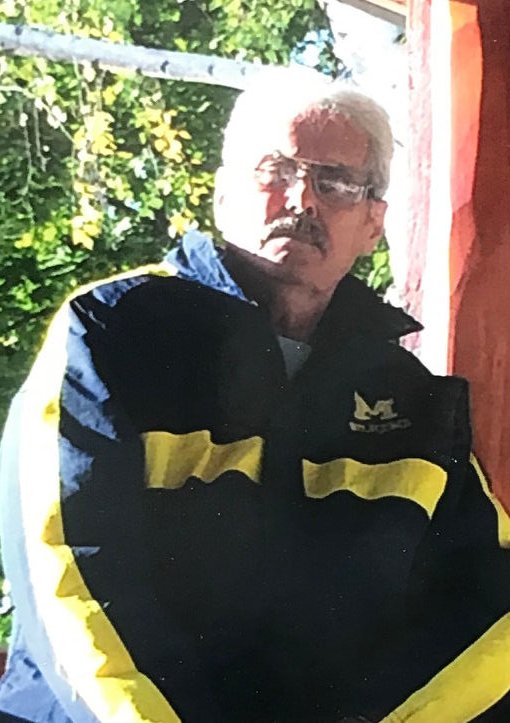 Age 74, of Grawn, Michigan, died Monday, January 18, 2021, in his home with his family by his side. In accordance with Jack’s wishes cremation has taken place. Burial will take place at 1:30 pm on Friday, July 23, 2021, at Great Lakes National Cemetery in Holly, Michigan.

Jack was born in Flint, on September 18, 1946, the son of Mr. and Mrs. Jack Raymond and Lucille Mae (Cunningham) Smith. Educated locally, Chip graduated from Hamady High School with the Class of 1964. Shortly after graduating, Chip would begin working for Buick as a laborer for 10-years. Heeding the call of duty, Chip was drafted into the United States Marine Corps; proudly serving during the Vietnam War for 3-years. During his tour, Chip received numerous awards and commendations including National Defense Service Medal, Vietnam Service Medal, Vietnam Campaign Medal with Device, Good Conduct Medal. Corporal Jack “Chip” Lawrence Smith, Sr. received his honorable discharge on January 14, 1969. He met, fell in love with, and married, Valerie Hoover, on February 14, 2002, in Flint. He was a longtime member of the American Legion Post #219 in Fruitland Park, Florida,  Fraternal Order of Eagles Aerie F.O.E #3503 in Interlochen, Michigan, and VFW Post #2780 in Traverse City. In his free time, Chip enjoyed spending time with his family and friends, watching Nascar, Fox News, and sports. He also enjoyed spending time outdoors, riding on the trails, and fishing.

Jack was preceded in death by his parents, and his sister, Carol.

A Memorial Tree was planted for Jack
We are deeply sorry for your loss ~ the staff at Martin Funeral, Cremation, and Tribute Services of Mt Morris
Join in honoring their life - plant a memorial tree
Print
Share A Memory
Send Flowers
Plant a Tree