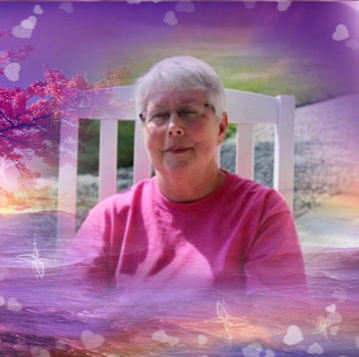 Passed away peacefully with her family by her side at her home in Mt. Morris on Sunday, December 20, 2020. A Celebration of Nancy's Life will be announced at a later date. Memorial donations may be directed to the family. Expressions of sympathy may be placed on Nancy’s online tribute page at martinfuneralhome.com.

Nancy was born in Flint, the daughter of Mr. and Mrs. Clarence and Betty (Curley) Speary. She was raised in Gladwin and educated in Beaverton, graduating from Beaverton High School with the Class of 1968. After graduation, she moved to Flint, working as a server. Nancy would meet Jim Reaves; the two dated, fell in love and were united in marriage on October 12, 1979, in Flint. Nancy then began working production at Magna in Grand Blanc for many years before she retired. She was a devoted wife, mom, and grandma, spending time with her sisters. In her free time, Nancy especially enjoyed sister weekends, spending time with her family, cleaning, going to garage sales, and crocheting.