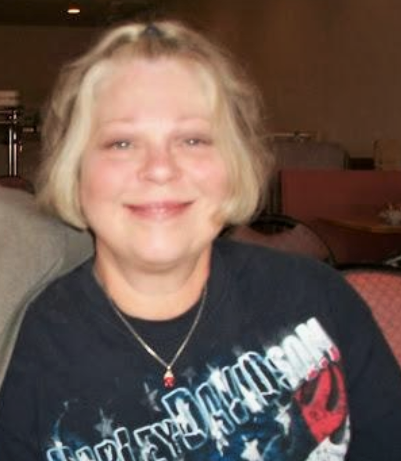 Age 67, of Flint, passed away after a courageous battle with cancer on Saturday, November 14, 2020, at home and never gave in. In accordance with Becky’s wishes, cremation has taken place. A Life Celebration will be planned at a later date. Memorial contributions may be considered to St. Jude Children's Research Hospital or Toys for Tots. Expressions of sympathy may be directed to Becky’s tribute page at martinfuneralhome.com.

Becky was born at Warner-Brown Hospital in El Dorado, Arkansas, on July 18, 1953, the daughter of Mr. and Mrs. Billy Jack and Cornelia Irene (Carter) Bryant. Growing up in Smackover, AK, Becky graduated from Smackover High School with the Class of 1971. Becky went to work at Franklin’s as a cashier and bookkeeper before enlisting in the United States Marines Corps on January 3, 1973. Becky was stationed at  Henderson Hall, Marine Corps Headquarters in Washington DC, where she earned recognition in Meritorious Mast for outstanding service. While living in Washington DC, Becky met and fell in love with a fellow Marine, David Cosner. Her career would lead her to transfer to Norfolk Naval Air Station near David. The two were united in marriage on October 22, 1973,  in Arlington, VA, and spent 47 wonderful years together. Receiving her honorable discharge rank of Corporal on May 2, 1975, Becky moved back to Michigan and started working at Buick Motor Division in the office, before starting a family. A devoted wife and mom of four boys, Becky loved spending time with her family. One of her favorite past times was teaching her children and grandchildren. In her free time, Becky enjoyed reading, playing music, crafting, tending to her garden, and driving her Jeep. Becky is loved and will be greatly missed forever and always!

Becky was preceded in death by her parents.