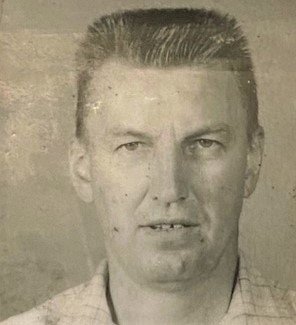 Age 91, of Flint, died Tuesday, November 10, 2020, at McLaren-Flint. In accordance with Paul’s wishes, cremation has taken place. A private family burial at Fremont Township Cemetery will be held at a later date.  Expressions of sympathy may be placed on Paul’s tribute page at martinfuneralhome.com.

Paul was born in Flint, on July 7, 1929, the son of Mr. and Mrs. Nicholas and Frances (Niedzwecki) Manych. Paul grew up in Beecher and was educated locally, graduating from Beecher High School with the Class of 1947. After graduation, Paul would begin employment with the railroad until he was drafted into the United States Army. Paul served his country in Korea. Upon his honorable discharge, Paul returned to Michigan and began working for Buick, where he worked for 44 years, retiring in 1991. Paul was a member of the UAW Local #559. In his free time, Paul enjoyed fishing, playing cards, and hunting.

Paul leaves to cherish his memory, his sister, Agnes Dunn; and several nieces and nephews.