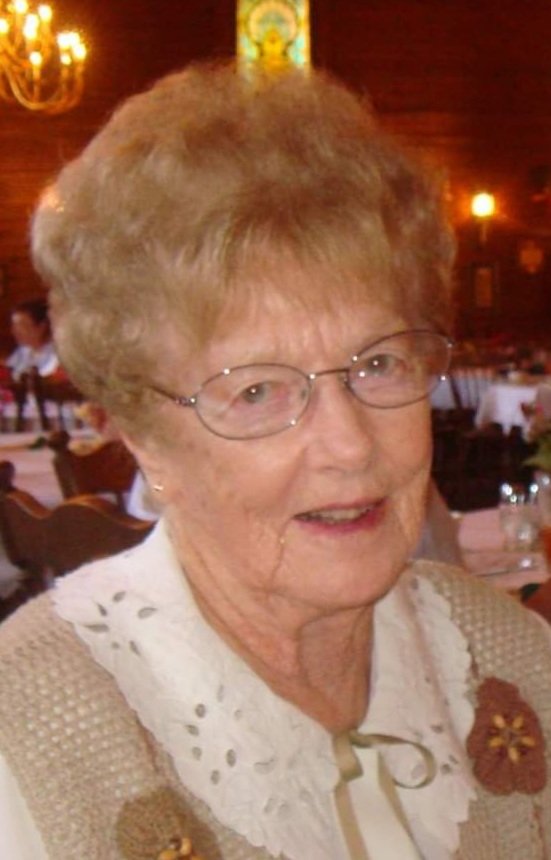 Dorothy was born in 1922 in Lansing, Michigan. She is the daughter of Luther J Reed and Ruth Rutherford Reed.  She was reared on the Reed Dairy, which was originally cleared and established by her grandfather, Orville Reed, after the Civil War. The farm was located at Lake and Webster Roads, just south of Birch Run, Michigan.

As a child, Dorothy attended the County Line One Room Schoolhouse at Saginaw and Genesee Counties, a 3-mile walk from home.  Dorothy and the Reeds were active members of the United Methodist Church of Birch Run.  Dorothy graduated from Birch Run High School in 1940. After graduation, Dorothy went to work for General Motors in Flint, where she met her future husband, Earl “Bruce” Brock, a Tool and Die Maker for Buick Plant #12.  At first sight, Dorothy said she was going to marry that man. Six months later, they were united in marriage on October 17, 1942.  Upon marriage, Dorothy joined the First Baptist Church of Mt. Morris and quickly became involved in the many programs of the church, as well as the choir.

Dorothy enjoyed traveling and was able to visit 48 states, several European countries, Israel, Egypt, Japan, and Korea.  She moved to Pensacola, Florida, in 2011, following the death of her husband, and took residence at Azalea Trace.

Dorothy joined the First Baptist Church of Pensacola under the WatchCare program originally set up for Navy cadets.  She loved traditional church worship music and enjoyed the music ministry that presented service music, as well as special programs involving choir and orchestra.  Dorothy looked forward to attending church, being a regular attender, holding the same seat that she and her husband occupied for 40 years of wintertime attendance.  Dorothy is known for her sweet smile.

Dorothy leaves to cherish her memory, her son, Earl Bruce Brock, Jr., and several nieces, nephews, and many special friends.

She was preceded in death by her parents, her husband of 68 years, and brother, Richard Reed.

Dorothy's obituary was lovingly written by her family.

Friends may share a memory with the family at the church or online at www.martinfuneralhome.com.