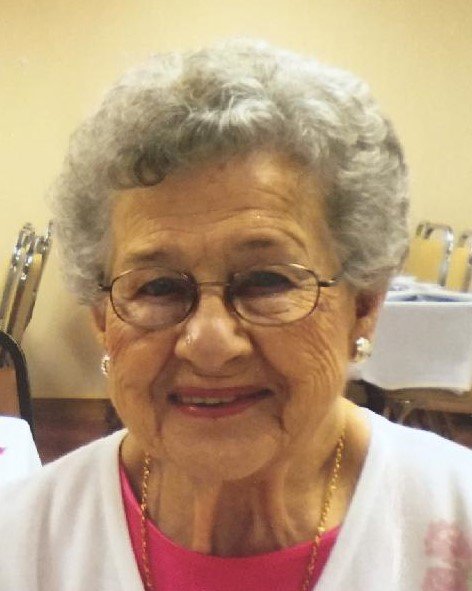 Age 93, of Flint, passed away peacefully with family at her side on Sunday, March 29, 2020, at Angel Manor in Clio. A private funeral Liturgy will be held at Martin Funeral, Cremation & Tribute Services in Mt. Morris, performed by Very Rev. James Batcha of St. Michael's Byzantine Catholic Church in Flushing.  Burial will follow at St. Michael's Byzantine Catholic Cemetery.  In lieu of flowers, memorial donations may be directed to St. Michael's Byzantine Catholic Church, 2333 N. Elms Road, Flushing, MI  48433.  Martha was born on July 6, 1926, in Punxsutawney, PA, the daughter of John and Martha Dubensky.  She married Gabriel Gresock on May 22, 1948.  He proceeded her in death in 1992.  Martha was a life-long member of St. Michael's Byzantine Catholic Church, participating in the Altar Guild, baking projects, former fish fry Fridays, and numerous other activities.  Besides spending time with her children, grandchildren, and great-grandchildren, Martha also enjoyed jigsaw puzzles, crochet projects, word searches, and Hallmark movies.  Her grandchildren and great-grandchildren affectionately called her Baba (Slovak for grandmother).  Martha is survived by her three daughters, Paula (Dan) Bedford and Patricia (Brian) Chartier, both of Flushing and Nancy (Josiah Griffin) Lewis of Mt. Morris.  She was blessed with 10 grandchildren and 15 great-grandchildren and one on the way.  She is also survived by siblings, Dorothy Pluchinsky of DuBois, PA, William (Elizabeth) Dubensky of Flushing and brothers-in-law, Nick (Barb) Gresock and Steve Greshock

Her daughters would like the thank the "angels" at Angel Manor who took such loving care of OUR Angel.  Also, thank you to Angelic Heart Home Care and Hospice and Stacie (her nurse) for the attention she so much deserved.

Martha's obituary was lovingly written by her family.