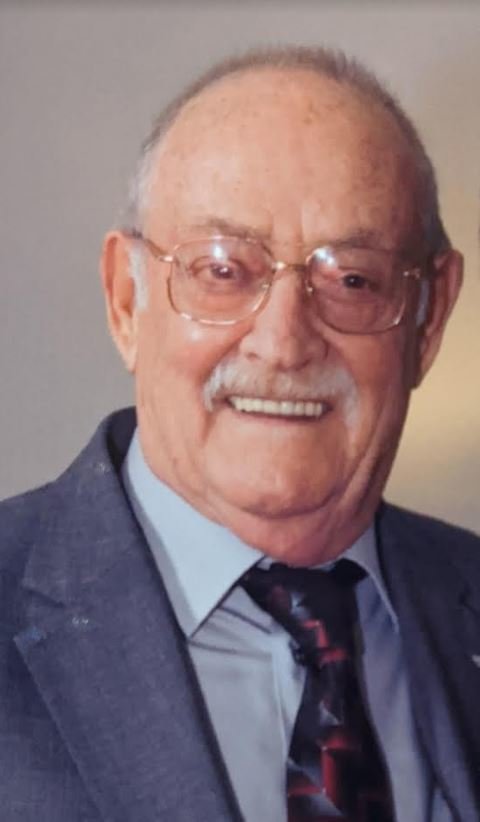 Obituary of Harvey A. Billy

Age 85, of Grand Blanc, passed away Monday, February 10, 2020, at Brookdale Assisted Living - Grand Blanc with his family by his side. In accordance with Harvey's wishes, cremation has taken place. A private celebration of Harvey's life will take place at a later date. Expressions of sympathy can be made by visiting Harvey's tribute page at martinfuneralhome.com. Tributes or memorials can be made to the Alzheimer's Association or the National Hospice Association.

Harvey was born in Chisholm, Minnesota, on September 27, 1934, the son of Mr. and Mrs. John and Mary (Kuharenko) Billy. He graduated from Buhl High School in Minnesota, with the Class of 1952. Shortly after graduating, Harvey heeded the call of duty during the Korean War, enlisting in the United States Navy; proudly serving on the USS Pittsburgh for 3 years until receiving his honorable discharge in 1955. Upon returning to civilian life, Harvey would marry the love of his life, Doris Robideau on May 25, 1958, in Minneapolis, Minnesota. Harvey and his brother Ted were Curling Champions throughout the 1950s. He attended and played college football for Virginia, Jr. College before transferring to Bemidji State University where he graduated in 1961, with a bachelor's degree in Industrial Arts. From there, Harvey would move to Michigan and begin teaching Industrial Arts for Owendale-Gagetown High School. When not in the classroom, Harvey could be found either coaching high school boys’ sports or driving a school bus. He was a beloved teacher, bus driver, and coach to many students throughout the years. In his free time, Harvey volunteered his time teaching students how to golf and was involved with the El Korah Shriners. Harvey also enjoyed fishing, hunting, trapping, golfing and spending time with family and friends. His incredible sense of humor, infectious smile, and wonderful personality will be missed by those that knew him.

Harvey was preceded in death by his parents, and his brother Ted.