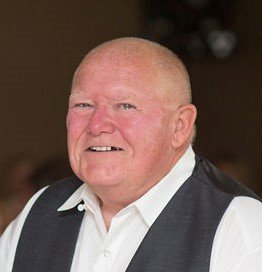 Joel was born on May 19, 1957, in Flint. He is the son of Mr. and Mrs. Alvah and Betty (Ostrom) Carsten. On March 17, 1995, Joel married the love of his life, Lynette Reber. Their marriage would be blessed with a wonderful blended family of three children. Joel worked as a semi-truck driver for several companies. His work would take him around the great State of Michigan, which he loved. Fun-loving, and kind, Joel was adored by his 7 grandchildren. They were his pride and joy. In his free time, Joel could be found fishing for salmon in Oscoda, during his younger years, camping at his favorite place in Grand Haven, or sitting around a campfire with his family. It did not matter what the temperature outside was, Joel could always be found sitting around the campfire.

He was preceded in death by his parents, in-laws: John and Gladys Reber, sister: Cheryl Cheney, brother-in-law: David Reber.

Friends may share a memory with the family at church or online at martinfuneralhome.com.