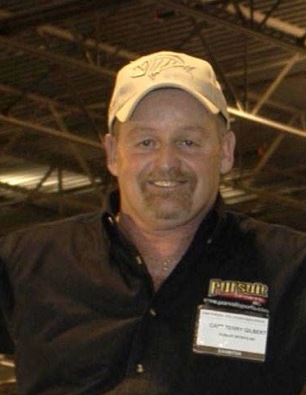 Age 68, of Flint, died on Tuesday, September 3, 2019. Mass of Christian Burial will take place, 11:30 am, Saturday, September 7, 2019, at St. Mary Catholic Church in Mt. Morris. Rev. Fr. Roy Horning officiating with burial at Great Lakes National Cemetery in Holly at 9:30 am, Tuesday, September 10, 2019. Terry's family will receive guests at the Martin Funeral, Cremation & Tribute Services in Mt. Morris, on Friday from 4:00 pm until 8:00 pm. Family, friends, and parish will gather on Friday evening to pray the Rosary at 7:00 pm. On Saturday morning, Terry will be taken to church to lie in state from 10:30 am until the time of mass at 11:30 am. Those desiring may consider memorial contributions to the Vietnam Veterans of America or to the Genesee County Humane Society.

Terry was born in Flint, on May 12, 1951, the son of  Mr. and Mrs. Marvin and Madgelean (Birchfield) Gilbert. He proudly served in the United States Army during the Vietnam War until receiving his honorable discharge on September 7, 1971; he was also a Purple Heart recipient. Upon returning to civilian life, Terry would begin working for General Motors. He was the third shift supervisor in shipping and receiving for Truck & Bus with over 40-years of service. In his free time, Terry enjoyed spending time with his family and friends, especially his grandchildren. He was an avid fisherman and was a charter fishing boat captain in Ludington, Michigan for many years. Terry enjoyed golfing, and photography; he also loved his cats and dogs and was a long-time member of UAW Local #598 and the Flint Steelheaders.

Terry was preceded in death by his mother, Madgelean; and long-time friend, Gary Apperly.