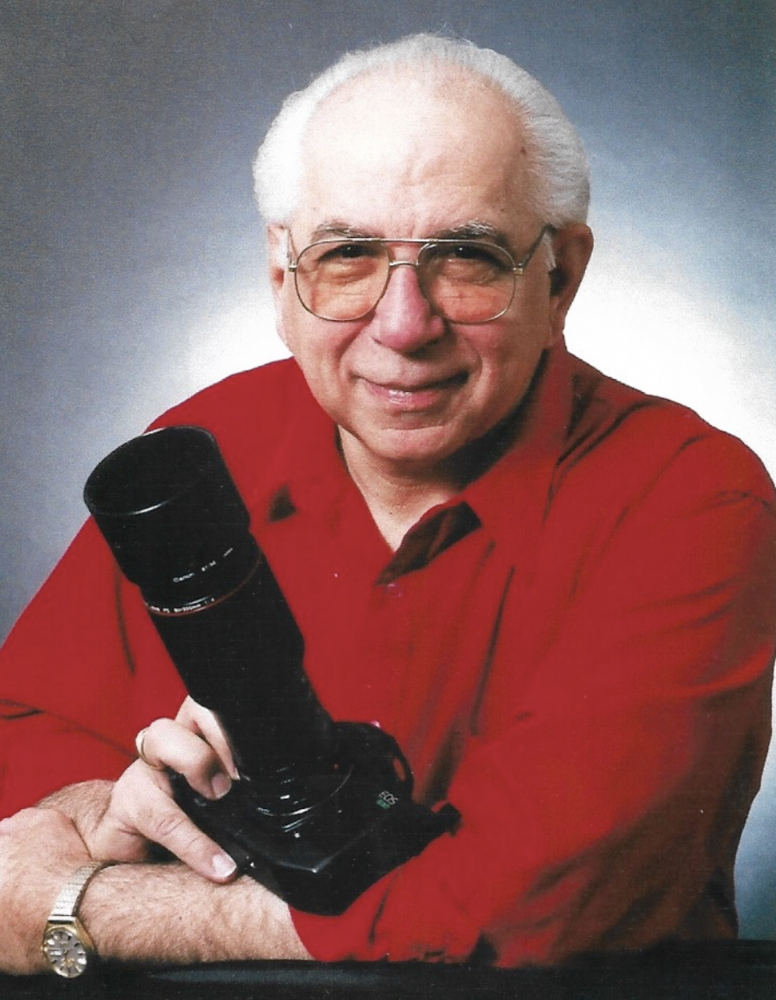 Please share a memory of Richard to include in a keepsake book for family and friends.
View Tribute Book

Age 90, of Mt. Morris, has gone to The Big Photo Lab in the Sky for further development, on Monday, January 17, 2022, at McLaren Hospital-Flint. The family will be present to receive friends from 11:00 am until 1:00 pm, Saturday, February 5, 2022, at Martin Funeral, Cremation & Tribute Services in Mt. Morris with burial to follow at Flint Memorial Park Cemetery. Expressions of sympathy may be placed on Richard’s tribute page at martinfuneralhome.com.

Richard was born in Brownsville, PA on November 3, 1931, the son of Mr. and Mrs. Joseph and Josephine (LaMonica) Wells. Richard attended Brownsville Senior High School graduating with the Class of 1949. He went on to attend California State Teachers College before enlisting in the United States Navy in 1950. He was an Ariel Photographer and Combat Air Crewman during the Korean War, aboard the USS Yorktown CVA 10. He also served three years in the United States Marine Corps as a Recon Squad Leader from 1958 to 1961. Upon his honorable discharge, Richard went to work for General Motors Ternstedt plant in Flint until his retirement in 1987, after 33 years of service. Richard earned a certificate of management from the GM Institute and attended Mott Community College. After retiring, Richard returned to photography as a teacher for 15 years in local school districts. He was an active prize-winning photographer, writer for three magazines, authored three published books, and was highly regarded for his work with photographing endangered species. His books, A Boy from Brownsville, Under a Helmet, Behind a Camera, and Over the Side, have been successful worldwide.

Richard was also active in the Boy Scouts of America and was elected Genesee Township office. In 2010, Richard won the National First Place High Master shooting awards in both the rifle and pistol competitions of the Marine Corps League.

Left to cherish Richard’s memory are his daughter, Sandi and husband, Jeff Argue; son, Jeffrey and wife, Katie; two wonderful grandsons: Alden and Austin Hook, and two beautiful granddaughters: Megan and Sydney Wells; five of the best stepchildren any man could ask for and many step-grandchildren and great-grandchildren who have treated Richard with love, honor, and respect; and a Chinese surrogate granddaughter, Lu Chen who has been a wonderful addition to the family.