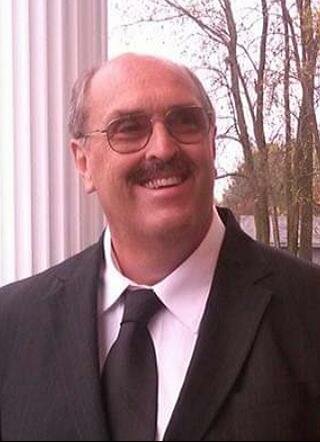 Please share a memory of Donald to include in a keepsake book for family and friends.
View Tribute Book

Age 65, of Davison, passed away Monday, November 15, 2021, at home with his wife by his side. A Funeral Service will be held at 12:00 noon, Tuesday, November 23, 2021, at Martin Funeral, Cremation & Tribute Services in Mt. Morris. Pastor John Flanders to officiate, with burial to follow at Davison Township Cemetery. Donald’s family will be present to receive guests from 4:00 pm until 8:00 pm, on Monday, November 22, 2021, and again on Tuesday from 11:00 am until the time of service at 12:00 noon. Memorial contributions may be considered to the American Cancer Society. Envelopes are available at the funeral home. Expressions of sympathy may be placed on Donald’s tribute page at martinfuneralhome.com.

Donald was born in Flint, Michigan on April 12, 1956.  The son of Mr. and Mrs. Ralph and Bobbie Faye (Lasater) Hampton, he was educated locally and graduated from Elisabeth Ann Johnson High School in 1974. Donald married his high school sweetheart, Karen Woggerman, on October 17, 2013, at Crystal Gardens in Clio. Donald was a test mechanic for Buick until his retirement in 2007. He loved to work on and restore old classic cars, with his favorite being his 1973 Chevy Nova. Donald found the car in 2013, fully restoring it and painting it the same classic orange as the one he had owned in high school. Donald enjoyed going to car shows and watching NASCAR, as well as attending several races, including his trip to the Daytona 500 with his beloved wife. Donald was an all-around handyman and enjoyed tinkering on vehicles in his pole barn. He loved to be outdoors, especially riding his Razor on the trails of St. Helen and boating throughout Michigan. Donald also enjoyed camping, with Wolverine Campground as a close-to-home favorite.  Most of all, Donald just loved spending time with his family. He will be greatly missed.

Donald was preceded in death by his parents, grandparents, and close friends: Mike Gallup, and Ross Hopkins.