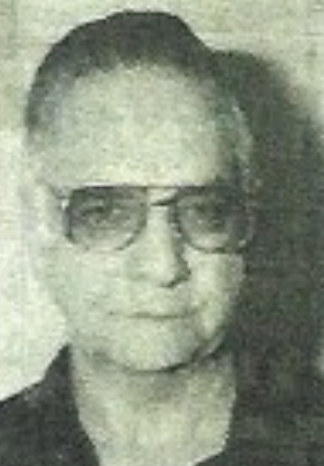 Age, 88, of Vassar, Michigan, passed away July 8, 2021, at home, after a long battle with cancer. In accordance with Howard’s wishes cremation has taken place. Howard will be laid to rest in Riverside Cemetery in Vassar at a later date. Condolences may be shared with the family by mailing directly to their home or by visiting Howard’s tribute page at martinfuneralhome.com.

Howard was born on April 29, 1933, in Lapeer, Michigan to Mr. and Mrs. Erle and Clara (Forbush) Delong. Howard graduated from Lapeer High Scholl with the Class of 1952. Howard met, fell in love with, and married Sharon Carreen Jones-Bailey in Lapper, Michigan on January 12, 1963. Howard retired from General Motors in Pontiac, Michigan after 30 years of service. Upon retirement, Howard and Sharon moved to Wildwood Lake in Cheboygan County, Michigan where they lived for 27 years before moving to Vassar in 2019. Howard was a master craftsman, he displayed his talent in many Northern Michigan Craft and Art shows. In his free time, Howard enjoyed hunting, fishing, camping, and the annual family reunions held at his lakeside home.

Left to cherish Howard's memory are his wife of 58 years, Sharon; sister: Helen and Dean Goodrich; brothers: Harry and Karen, Floyd and Sandra; sisters-in-law: Retha, June Gray, Carmen and Len, Shelia Jones; nephew: Berton and Diane Bliss; nieces: Shelia and Fred Anstett, Gaylene Turner, and Charrie Reynolds, best coffee drinking buddy: Frank Generou, who between the two of them they could solve all the problems of the world; and last but not least, Howard’s faithful little terrier: Mattie.

Howard's obituary was lovingly written by his family.

A Memorial Tree was planted for Howard
We are deeply sorry for your loss ~ the staff at Martin Funeral, Cremation, and Tribute Services of Vassar
Join in honoring their life - plant a memorial tree
Print
Share A Memory
Send Flowers
Plant a Tree