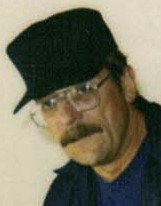 Age 70, of Flint, died Saturday, July 18, 2020, at his home. In accordance with Randy’s wishes, cremation has taken place. A private family burial will take place at Great Lakes National Cemetery. Expressions of sympathy and memorial contributions may be placed on Randy’s tribute page at martinfuneralhome.com.

Randy was born in Flint, on May 26, 1950, and lived in and around Flint his entire life. He is the son of Mr. and Mrs. Joseph and Cecelia (Kondraki) Zbiciak. Randy met and married the love of his life, Barbara Polan, on August 10, 1994. Sadly, she preceded him in death on December 29, 2002. Heeding the call to serve his country, Randy joined the United States Army and served in the medical supply depot during the Vietnam Era. In his free time, Randy enjoyed playing his guitar and collecting comic books.

Randy was proceeded in death by his parents, wife Barb, brothers Bill Kirchner and Marty Zbiciak.

Randy’s obituary was lovingly written by his family.