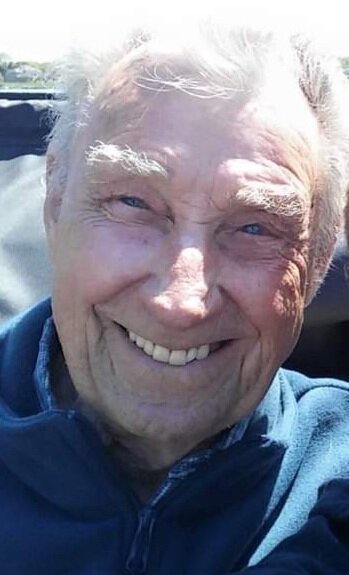 Please share a memory of Gerald to include in a keepsake book for family and friends.
View Tribute Book

Age, 90, of Clio passed away Wednesday, November 9, 2022, at Maple Woods Manor with his family by his side. A funeral service will take place at 1:00 pm on Wednesday, November 16, 2022, at Martin Funeral, Cremation & Tribute Services. Jerry’s family will be present to receive friends on Wednesday, from 12:00 pm until the time of service at 1:00 pm. Memorial contributions may be considered to the Wounded Warrior Project. Envelopes are available at the funeral home. Expressions of sympathy may be placed on Jerry’s tribute page at martinfuneralhome.com.

Gerald "Jerry" Simonson was born in Pennington Township, Minnesota, on January 11, 1932, the son of Mr. George and Mrs. Amilia (Bakke) Simonson, as one of 9 siblings. After Jerry completed his education, he answered his nation's call to service and enlisted in the United States Army. Private First Class Simonson received his honorable discharge in January of 1961. Upon returning to civilian life, Jerry was a dedicated employee of General Motors as a forklift operator until his retirement in 1983. Jerry married the love of his life, Connie Punches, in the fall of 1958. The two were happily wed until her sad passing in 1996. Their union was blessed with two beautiful children. Jerry was a people person, and he would gladly chat with anyone. He loved working hard and expected those around him to do the same. His family remembers him as the early bird, who always caught the worm. Jerry spent his leisure time working on old cars, restoring them to their former beauty. If there was a problem, and Jerry couldn’t find the tool to fix it, he would make one; he was creative and tough as nails. Jerry was a take-charge person who deeply loved his family and friends and will be greatly missed.

Jerry was preceded in death by his parents, his loving wife, Connie, his daughter, Pamela, his 5 brothers, and 2 sisters.