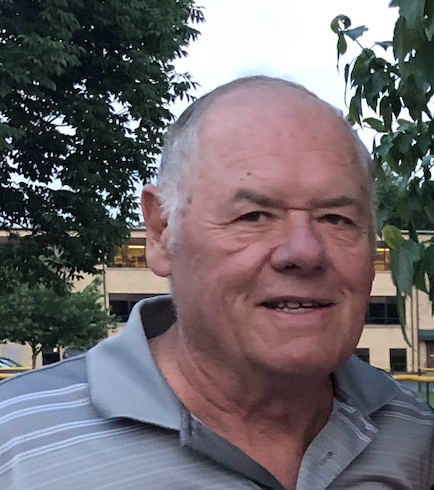 Please share a memory of Dale to include in a keepsake book for family and friends.
View Tribute Book

Age 80, of Clio, was called to his Heavenly home on Sunday, October 23, 2022, at McLaren Flint, with his family by his side. A Funeral Service will take place at 11:00 am, Friday, October 28, 2022, at St. Mark Lutheran Church in Flint. Pastors Gary Beck and Jeff Frechette to officiate, with burial to follow at North Brinton Cemetery, 10442 N. Brinton Rd. Lake, Michigan 48632. Dale’s family will be present to receive friends from 4:00 pm, until 8:00 pm, Thursday, October 27, 2022, at Martin Funeral, Cremation & Tribute Services. On Friday morning, Dale will be taken to church to lie in state from 10:00 am, until the time of service at 11:00 am. In lieu of flowers, memorial contributions may be considered to the Henry Ford Cancer Institute. Envelopes are available at the funeral home and the church. Expressions of sympathy may be placed on Dale’s tribute page at martinfuneralhome.com.

Dale was born in Flint on August 3, 1942, the son of Mr. and Mrs. Roy and Anna (Subora) Sneller. Educated locally, Dale graduated with his Journeyman's degree as a sheet metal worker and then started his career at General Motors working as a Tinsmith until his retirement in 1998. Dale met and married his best friend and the love of his life, Sharon McNeil, on August 18, 1962, at Our Savior Lutheran Church in Flint. Their union was blessed with three beautiful children. Dale loved all sports, which led him to become a referee for the Genesee and Bay counties for 40 years. Dale was a Lieutenant at Thetford Twp Fire Department where he was one of the first founders of the fire department. Along with serving on the Thetford Twp Fire Department, Dale also served on the Beecher Fire Dept for 15 years. Dale enjoyed going on several fishing trips with his son, nephews, and brothers-in-law, along the Saginaw Bay. He also enjoyed taking road trips with his nephew, Terry, for the day just to see the sights. Dale was excited to take his four granddaughters on several vacations, they were the light of his life. He also loved to take special camping trips and vacations. Dale was a wonderful and giving man which led him to his role with Big Brothers and Big Sisters of America. He was a kind, caring, and compassionate man, and he will be greatly missed.

Dale was preceded in death by his parents; and brother, Duane.