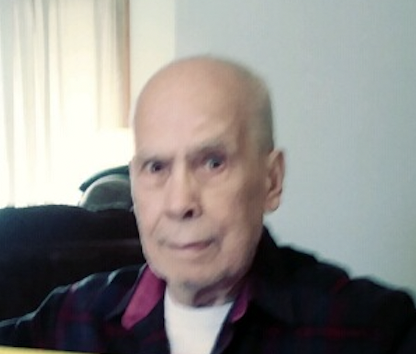 Please share a memory of Harold to include in a keepsake book for family and friends.
View Tribute Book

Age 92, of Flint, passed away Thursday, October 20, 2022, at home with his family by his side. A funeral service will be held at 1:00 pm, Wednesday, October 26, 2022, at Martin Funeral, Cremation & Tribute Services, with burial to follow at Flint Memorial Park Cemetery. Harold’s family will be present to receive friends from 11:00 am until the time of service at 1:00 pm. Memorial contributions may be considered to the Wounded Warrior Project. Envelopes are available at the funeral home. Expressions of sympathy may be placed on Harold’s tribute page at martinfuneralhome.com.

Harold was born in Bay City on March 13, 1930, the son of Mr. and Mrs. Edward and Fern (Hazel) Soper. Educated locally, Harold attended Beecher High School. In 1950, Harold proudly enlisted in the United States Air Force where he was an MP until his honorable discharge in 1954. Upon his return to the states, Harold began his career working at General Motors, Fisher Body Plant, as a Tool and Die Maker, until his retirement in 1988. Harold was a proud member of the local UAW Post #1292 and enjoyed attending the monthly meetings. Harold also enjoyed bowling on the UAW bowling league in his younger years. He was a very active man his entire life and enjoyed hunting, fishing, and camping all over the country. Traveling was another of his favorite pastimes as he enjoyed driving from Michigan to Florida and wherever the road would take him. He also enjoyed donating to charity and had many that he contributed to. Harold had a very quick wit and loved to make everyone laugh. Most of all, he loved his family and will be greatly missed.