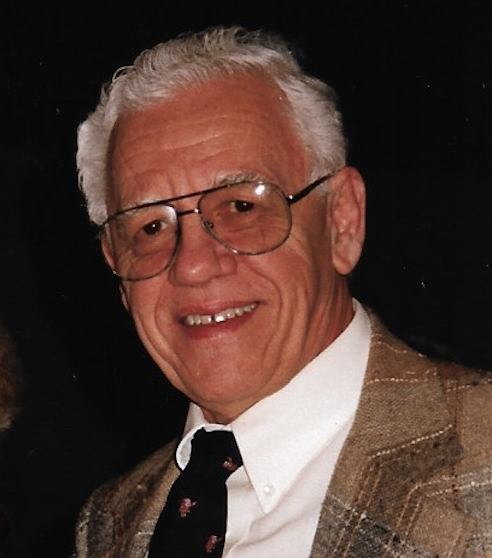 Please share a memory of Hugo to include in a keepsake book for family and friends.
View Tribute Book

Age 85, of Flint, formerly of Mt. Morris, passed away Saturday, September 24, 2022, at home. A funeral service will be held at 11:30 am, Thursday, September 29, 2022, at St. Mark Lutheran Church in Flint. Reverend Gary Beck to officiate with burial to follow at Flint Memorial Park Cemetery. Hugo’s family will be present to receive friends at the church from 10:00 am until the time of service at 11:30 am. Memorial contributions may be directed to St. Mark Lutheran Church or the Mt. Morris Athletic Department. Envelopes are available at the church. Expressions of sympathy may be placed on Hugo’s tribute wall at martinfuneralhome.com.

Hugo was born in Flint on March 20, 1937, the son of Mr. and Mrs. Hugo Carl, Sr., and Grace (Pace) Brackrog. Educated locally, Hugo graduated from Mt. Morris High School with the Class of 1955. Hugo met and married the love of his life, Rita Howard, on February 2, 1957, at St. Paul Lutheran Church. Sadly, she preceded him in death on April 8, 2021. Hugo worked as an installation and repairman for Michigan Bell until his retirement in 1985. Known for always moving and being on the go, shortly after his retirement, he went to work at Townline Sales & Service company as a salesman. Along with working in sales, Hugo worked as a football and basketball referee in Genesee County for over 30 years. He was an all-around athlete and was very proud of Mt. Morris Athletics. Hugo was inducted into the Mt. Morris Hall of Fame twice. Once in 2014 and again in 2018 as part of the 1954 football team. Hugo was an active member of the St. Mark Lutheran Church, where he enjoyed helping in any way he could. He was well known for his love of desserts, always having to have seconds. Hugo loved to watch U of M football and basketball as well as play golf on occasion. He and his beloved wife would take their children on a 2-week long camping trip every summer, visiting many places all over the country. Hugo was an amazing man, and everyone that knew him loved him. His grandchildren were his life, and he will be greatly missed.