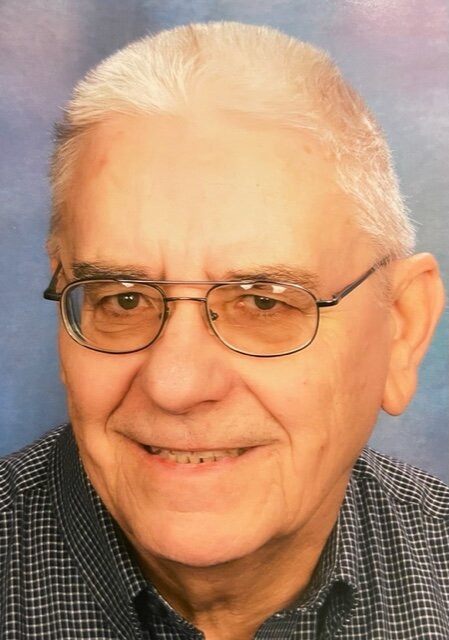 Please share a memory of Emil to include in a keepsake book for family and friends.
View Tribute Book

Age 82, of Mt. Morris, passed away Saturday, September 10, 2022 at Ascension Genesys with his wife, daughter, and Pastor by his side. A funeral service will take place at 11:00am, Thursday, September 15, 2022 at River of Life Church of God; 4216 S Belsay Road in Burton, with Pastor Steve Turner officiating. Bill's family will be present to receive friends on Wednesday, September 14, 2022 from 2:00 pm until 8:00 pm at Martin Funeral, Cremation & Tribute Services in Mount Morris. On Thursday, Bill will be taken to the church to lie in state from 10:00 am until the time of service at 11:00 am. Memorial Contributions may be considered to River of Life Church of God, with envelopes available at the funeral home and church. Expressions of sympathy may be placed on Bill's tribute page at martinfuneralhome.com.

Bill was born in Chicago, Illinios on December 8, 1939, the son of Mr. and Mrs. Emil and Anna (Krupa) Novak, who came to the United States from Czechoslovakia. After Bill completed his education, he went on to work for General Motors in Production and Quality Control for 30 years, until his retirement in 1995. Bill met the love of his life,  Shirley Ann Jeter, in Johnson City, Tennessee, and they were married on June 4, 1965 in Bakersville, North Carolina. Their union would be blessed with two loving children, Jeffrey Lynn and Kimberly Ann. Bill was an active member of Fraternal Order of Eagles Lodge #3814 in Burton, and attended church at River of Life Church of God in Burton. Bill was an avid NASCAR fan, and went with his family to Bristol Motor Speedway for the NASCAR Cup Series every year for 20 years. Bill loved to travel around the United States, and especially loved camping in Manistee, MI as well as visiting his daughter in Charlotte, NC. Tending his small vegetable garden, mowing his lawn, and restoring old cars were some of Bill's best-loved activities. According to his family, Bill could have kept Craftsman in business single-handedly with his collection of tools, as he could fix just about anything. In Bill's later years, he loved to use Facebook, and use his iPhone apps, and watch TV shows from his DVR, with NCIS being his favorite.

Bill was preceded in death by his parents, son, Jeffrey L. Novak, and special friends, Pete Dubenion and John Miller.