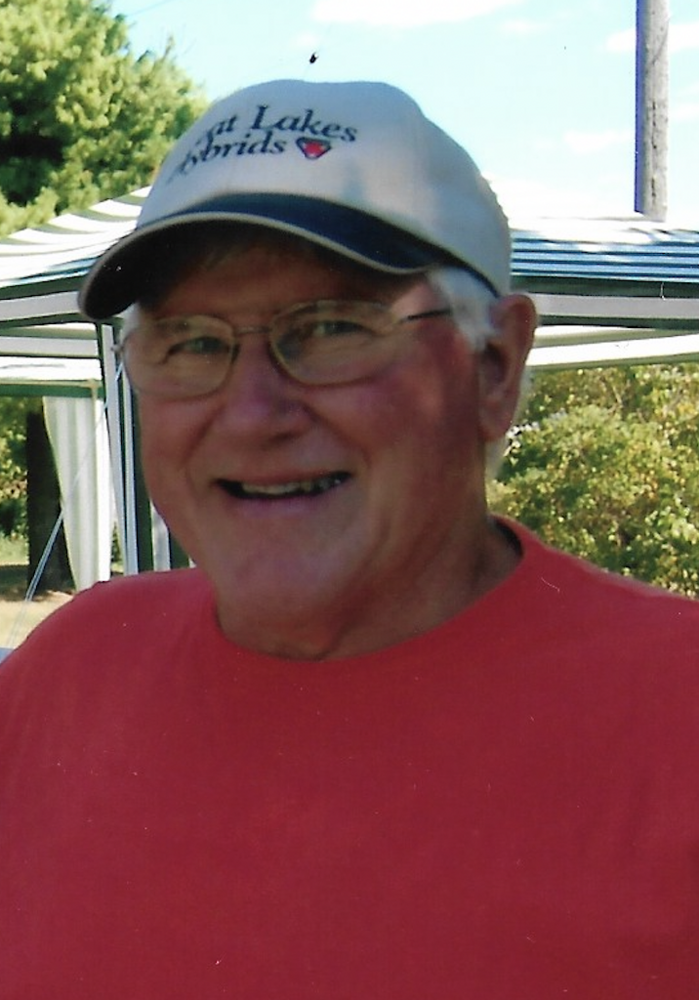 Please share a memory of Edward to include in a keepsake book for family and friends.
View Tribute Book

Age 84, of Vassar, passed away Wednesday, August 10, 2022, at Wellspring Lutheran Home. In accordance with Edward’s wishes, cremation has taken place. There are no further services scheduled at this time. Expressions of sympathy may be placed on Edward’s tribute page at martinfuneralhome.com.

Edward “Ed” was born in Cass City on June 18, 1938, the son of Mr. and Mrs. Wayne and Maxine (Hendrick) Evans. Educated locally, Ed graduated from Caro High School with the Class of 1957. Ed met and married the love of his life, Karen Young, on March 26, 1960. Sadly, she preceded him in death on October 27, 2016. On March 5, 1958, Ed proudly enlisted in the United States Army until his honorable discharge on March 1, 1961. Upon his return to the states, Ed worked for Pioneer Sugar in the sugar beet factory. From there he would go on to work for Universal Engineering as a Machinist until his retirement in 2000. For most of his life, Ed enjoyed bottle hunting from the old lumber camps where he collected bottles that were buried in the 40s and 50s. His best find was an old fruit jar from the pre-civil war era. Ed enjoyed fishing on the Cass River and the Cuts in Sebawing. He also had a large vegetable garden he tended to every year. He loved to do woodworking and enjoyed building fires and playing with fireworks. Ed could often be found spending time with his grandson, Josh. He taught Josh all about fires and woodworking. Ed was well known for his love of antiques and auctions. Ed often spent time taking care of all the neighborhood cats, even making some of them his own. He loved his family and enjoyed spending time with the grandkids. He will be greatly missed.

Ed was preceded in death by his parents; siblings: Eldonna and husband, Lee Schrader, Lawrence Evans.

A Memorial Tree was planted for Edward
We are deeply sorry for your loss ~ the staff at Martin Funeral, Cremation, and Tribute Services of Mt Morris
Join in honoring their life - plant a memorial tree
Print
Online Memory & Photo Sharing Event
Online Event
About this Event