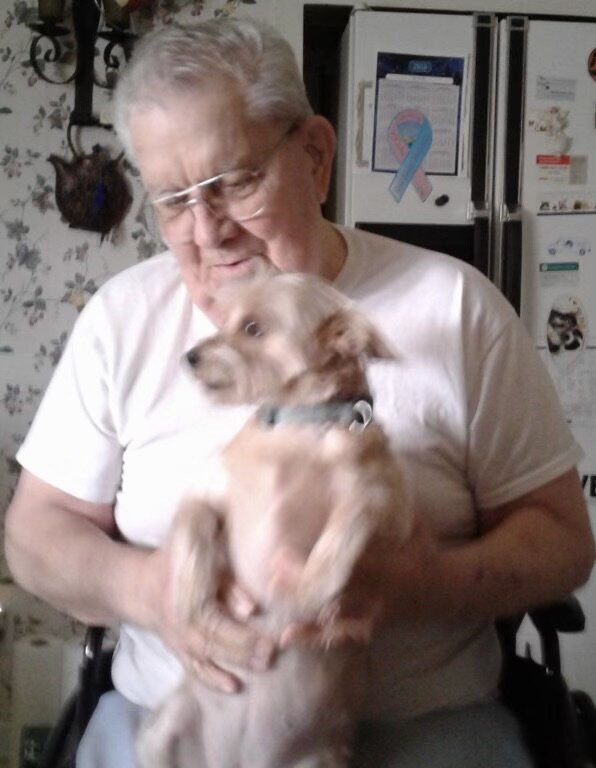 Please share a memory of Frank to include in a keepsake book for family and friends.
View Tribute Book

Age 88, of Flint, passed away on May 29, 2022, at McLaren Hospital. Frank’s family will be present to receive friends at Martin Funeral Cremation & Tribute Services on Saturday, June 4, 2022 from 11:30 am until 12:30 pm; with burial to follow at Flint Memorial Park Cemetery. Expressions of sympathy may be placed on Frank’s Tribute Wall on martinfuneralhome.com.

Frank was born October 10, 1933, in Flint, the son of Mr. Emil Bonk and Mrs. Wanda (Kobylczak) Bonk the youngest of ten siblings. Educated locally, Frank attended St. Michael’s Catholic School in Flint. On June 5, 1954, Frank married the love of his life, Mary Robideau; their union would be blessed with two children. In 1955, Frank proudly enlisted in the United States Army using his talents and served as an Engineer Equipment Mechanic from 1955 until earning his honorable discharge in 1957. During his tour of service, Private First Class Frank was awarded a Good Conduct Medal. Upon returning to civilian life, Frank went to work for Sears until his retirement in 1999 as a small engine mechanic. He spent most of his time, even after retiring, tinkering with small engines in his garage. Frank and Mary loved to host card game nights with their friends while enjoying a beer served from the home keg in the kitchen. Frank was proud of his Polish heritage, and his favorite way to express that pride was by listening to Polish music.

Left to cherish his memory are daughter, Susan Johnson, and son, Russell, and wife, Lisa Bonk; grandson, Jason; and great-grandson, Eli. Frank will be greatly missed by his beloved dog, Brandy.