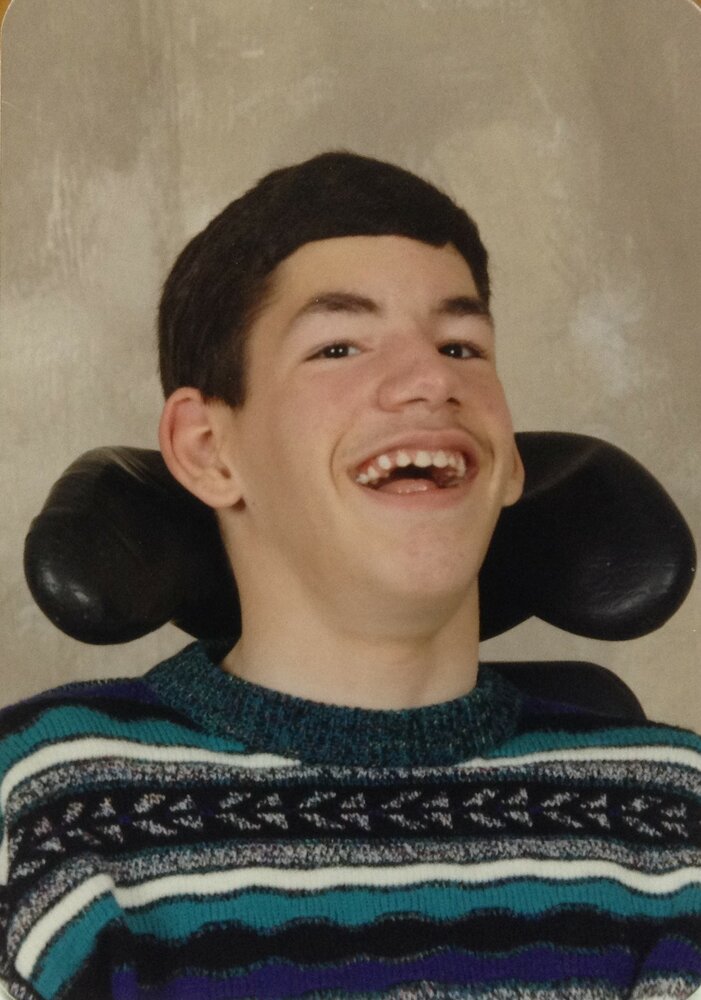 Age 41, passed away in his sleep, within the comfort of his home, on Tuesday, May 3, 2022.  Burial has taken place at West Vienna Cemetery. Expressions of sympathy may be placed on Daniel’s tribute page at martinfuneralhome.com.

Daniel was born on May 4, 1981, and adopted seven days later by his loving parents, Mr. and Mrs. Michael and Diane Laurin. Despite being told he would only live one year, Daniel survived four decades. During that time, he became a beacon of love, inspiration, and hope for all those that knew him. In 2007, Daniel graduated from the Marion D. Crouse Instructional Center. He loved his time at school, interacting with the teachers and staff. He cherished spending time rocking on the porch with Uncle Paul, looking at the world around him. Daniel is now with his father, sitting together in a rocker, watching over all of us in the peace he’s long deserved.

Left to cherish Daniel’s memory are his loving mother, Diane; one sister, and seven brothers.

Daniel was preceded in death by his loving father, Michael, and four brothers.

A Memorial Tree was planted for Daniel
We are deeply sorry for your loss ~ the staff at Martin Funeral, Cremation, and Tribute Services of Mt Morris
Join in honoring their life - plant a memorial tree
Print
Online Memory & Photo Sharing Event
Online Event
About this Event