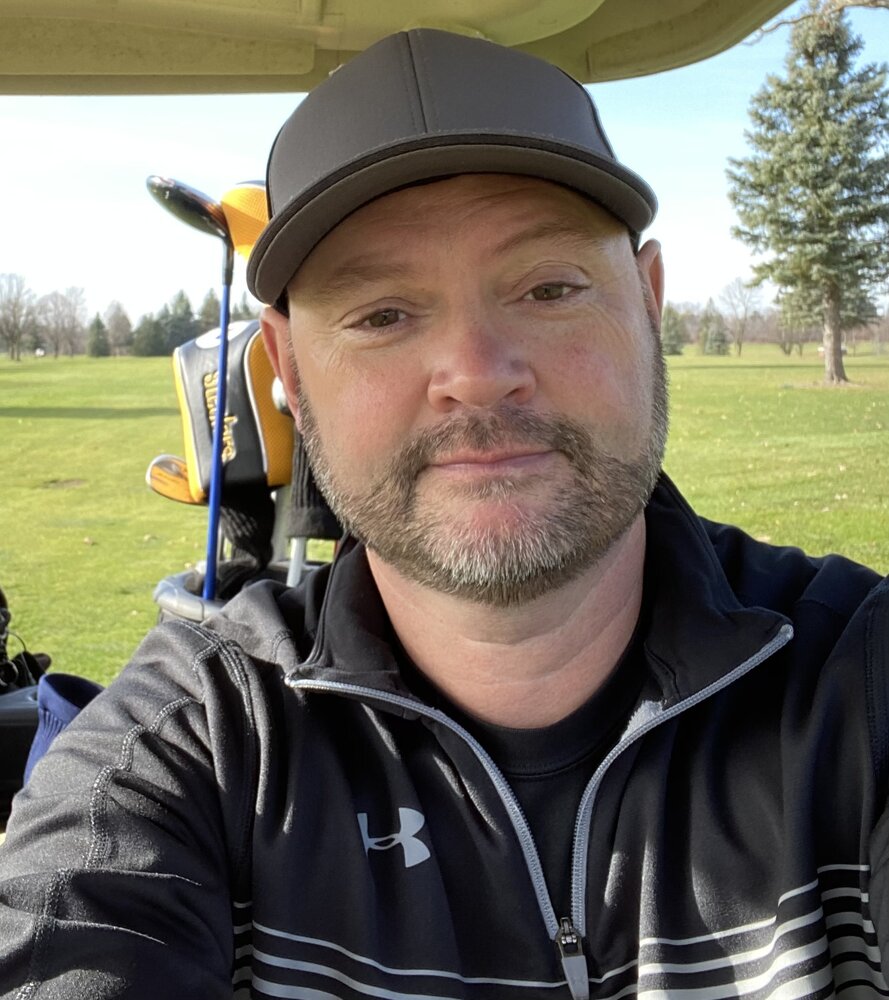 Please share a memory of Thomas to include in a keepsake book for family and friends.
View Tribute Book

Age 53, of Clio, passed away January 25, 2022, wrapped in his wife’s loving arms. His battle with Leukemia is over. A funeral service will take place at 3:00 pm, on Monday, January 31, 2022, at Martin Funeral, Cremation & Tribute Services in Mt. Morris. Thomas’ family will be present to receive friends from 12:00 pm until the time of service at 3:00 pm. Memorial contributions may be considered to the family or to the University of Michigan Rogel Cancer Center in honor of Tom. Expressions of sympathy may be placed on Thomas’ tribute page at martinfuneralhome.com.

Thomas “Tom” was born in Flint, on March 20, 1968, the son of Mr. and Mrs. Thomas and Marilyn (Cooper) Tolliver. Educated locally, Tom graduated from Elisabeth Ann Johnson High School with the Class of 1986. Tom went on to obtain his bachelor’s degree in Business Administration from the University of Michigan, graduating in 1991. Tom lived most of his life in Mt. Morris, starting his career path at Rockwell Ace Sports Center. He continued that career path working for Johnny Mac Sporting Goods, and most recently, with BSN Varsity Sports. If you or anyone in your life were involved in sports, it is certain he touched your life. Tom married his loving wife, Marcia Stone, on February 23, 2021. Tom enjoyed golfing more than anything and would try to get out on the course as much as he could. He also enjoyed fantasy football, watching Seinfeld, poker nights, and just hanging out with the guys, having a beer. Tom was a lifelong Pittsburgh Steelers fan but loved watching football in general. A love that grew from his childhood, watching the games with his mother. Tom was known for his sense of humor, smile, selfless nature, die-hard work ethic, and overall love for life.

Tom was preceded in death by his father, Thomas Tolliver, and his uncle, Joe B.Cooper.

Tom’s family would like to thank the doctors and bone marrow transplant team at the University of Michigan Hospital, as well as local oncologist, Dr. Paul Adams, for the care and compassion they provided during this difficult journey. Even with more “cowbell”, he could not be cured.