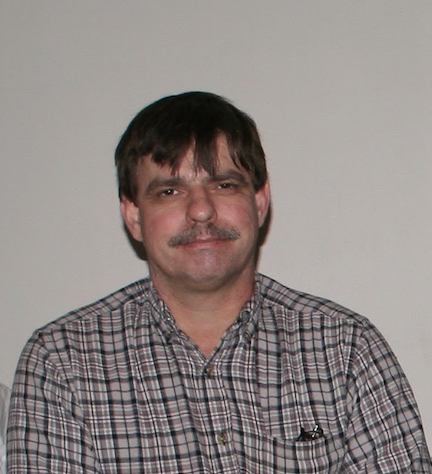 Please share a memory of Roger to include in a keepsake book for family and friends.
View Tribute Book

Age 59, of Mt. Morris, passed away Tuesday, January 24, 2022, at home. In accordance with Roger’s wishes, cremation has taken place. There are no further services scheduled at this time. Expressions of sympathy may be placed on Roger’s tribute page at martinfuneralhome.com.

Roger was born in Flint, on April 5, 1962, the son of Mr. and Mrs. Douglas and Barbara (Neuman) Carpenter. Educated locally, Roger graduated from Hamady High School with the Class of 1980. Roger worked for Meijer for over 25 years. To say he liked being outdoors would be an understatement. Roger enjoyed fishing in Oscoda on the Au Sable River and camping at the local campground. He also pan fished locally. Roger enjoyed hunting Up North in Iosco County and in his backyard. He enjoyed boating and would go out on his fishing boat or his brother’s speedboat. He loved being on the water. Roger also went up to Tustin snowmobiling every weekend when he was younger and wherever he could locally too. Morell mushroom hunting was one of his favorite pastimes and he would go anywhere he could find them.

Roger was preceded in death by his father.

A Memorial Tree was planted for Roger
We are deeply sorry for your loss ~ the staff at Martin Funeral, Cremation, and Tribute Services of Mt Morris
Join in honoring their life - plant a memorial tree
Print
Online Memory & Photo Sharing Event
Online Event
About this Event