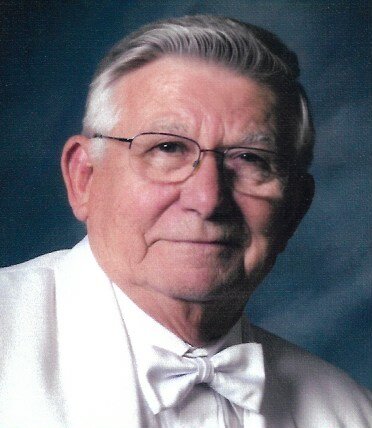 Please share a memory of Andy to include in a keepsake book for family and friends.
View Tribute Book

Age 84, of Greenbush, passed away Friday, January 14, 2022, at home with his family by his side. A funeral service will take place at 1:00 pm, on Friday, January 21, 2022, at Martin Funeral, Cremation & Tribute Services in Mt. Morris. Pastor Tom Forgo and Pastor Joe Lindsay to officiate, with burial to follow at Flint Memorial Park Cemetery. Andy’s family will be present to receive friends on Thursday, from 5:00 pm until 8:00 pm and again on Friday from 11:00 am until the time of service at 1:00 pm. Memorial contributions can be directed to Vision Pointe Assembly of God. Envelopes are available at the funeral home. Expressions of sympathy may be placed on Andy’s tribute page at martinfuneralhome.com.

Andy was born in Flint, on December 1, 1937, the son of Mr. and Mrs. Andy and Mary (Szikszay) Forgo. Educated locally, Andy graduated from Kearsley High School. On February 8, 1958, Andy married the love of his life, Joyce DeWitt. Their union would be blessed with two beautiful children. Sadly, she preceded him in death on November 29, 2018. Andy worked as a Millwright for General Motors, AC Spark Plug, until his retirement in 1994. Traveling was one of Andy’s favorite pastimes. He enjoyed wintering in Arizona and Texas as well as traveling all over the United States camping. He would take his 5th wheel and his family and drive all over the country. Deer hunting was one of his favorite hobbies and he enjoyed hunting on his land in Ogemaw County. Andy also enjoyed walleye fishing at Muskalon Bay and Maumee Bay on Lake Erie. Andy was a member of the Masonic Lodge and Eastern Stars Lincoln #174, Welfare Masonic Lodge #517 in Genesee, Past Grand Chapter Statewide. Andy was very handy and could fix anything. From the house he built to the truck he built from the ground up. He took pride in the fact that he still had a 1964 lawn mower that he took great care of and can fix if needed. He was a very gifted jack of all trades and enjoyed tinkering around in his garage. Andy enjoyed watching the Detroit Lions as well as the Detroit Tigers. He also watched Jeopardy and Wheel of Fortune every day. In his free time, he liked to play golf and went out whenever he could. He loved spending time with his beloved wife and enjoyed going on walks with her at their home Up North. Andy also enjoyed eating Hungarian food. Andy loved his family and enjoyed spending as much time with them as he was able to. He will be greatly missed.

Andy was preceded in death by his loving wife Joyce, his parents, and his brother, Michael Forgo.