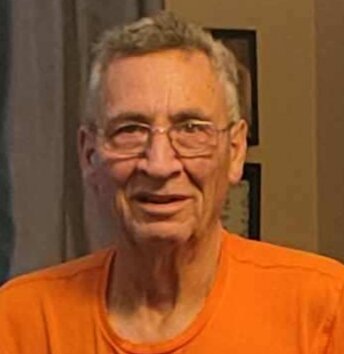 Please share a memory of Barry to include in a keepsake book for family and friends.
View Tribute Book

Age 71, of Mt Morris, died Wednesday, January 12, 2022, at his home with his family by his side. A funeral service will be held at 1:00 pm, Thursday, January 20, 2022, at Martin Funeral, Cremation & Tribute Services in Mt. Morris. Pastor Larry Survance to officiate, with burial to follow at Great Lakes National Cemetery. Barry’s family will be present to receive friends on Wednesday, from 11:00 am until 8:00 pm, and again on Thursday, from 12:00 pm, until the time of service at 1:00 pm. Memorial contributions may be directed to the Disabled American Veterans. Expressions of sympathy may be placed on Barry’s tribute page at martinfuneralhome.com.

Barry was born in Flint, on July 2, 1950, the son of Mr. and Mrs. Francis and Doris (Glidden) Massey. Educated locally, Barry graduated from Mt. Morris High School with the Class of 1968. On January 21, 1969, Barry proudly enlisted in the United States Air Force. He worked as an airplane mechanic in the Vietnam Era until his Honorable Discharge on July 5, 1972. Upon his return to the States, Barry started working on the production line at AC Spark Plug until his retirement. Barry loved to hunt and would often take his children hunting in St. Helen. He was famous for making homemade maple syrup and was honored to give it away to all his family members. In his younger years, Barry was the drummer in a rock band. That is where his love of 60s and 70s rock-n-roll started, and he has listened to it ever since. Barry enjoyed bowling on a league at Galaxy Lanes for many years. He was a jack of all trades and could fix anything as well as make anything out of wood. He was an amazing woodworker. Tables, TV trays, and birdhouses were just a few of his projects. For many years, Barry had a 1962 Bellaire that was his pride and joy. He spent much time at Auto City and watching NASCAR. Barry was an avid University of Michigan and Detroit Lions fan. He loved to work in his yard and enjoyed having his family over for bonfires and smores. Barry was a jokester and thrived on making everyone laugh. He will be greatly missed.