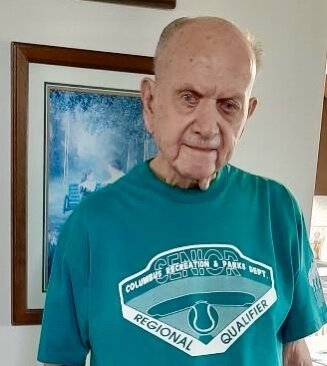 Age 97, went to be with his Lord and Savior, Jesus Christ on January 3, 2022, in Mt Morris, MI.  A private burial at Great Lakes National Cemetery will take place. Expressions of sympathy may be shared with the family by visiting Grant's tribute page at martinfuneralhome.com.

Grant was born May 13,1924 in Ferndale, Michigan.  As a young man Grant heeding the call of his Country, proudly serving in the United States Army's XVII Airborne Corps and a paratrooper during World War II. Upon his return to civilian life he went to work for Friedman Construction until his retirement in 1982. Grant was a very active man who was in bowling leagues and softball leagues throughout his life. His love for sports spread to the professional teams of Detroit, he supported his home state in every sporting event. He was also a known fan of the University of Michigan teams. Grant was a wonderful man and will be missed by many.

Grant was preceded in death by his sons: Ronald and Marcel St. Amour; and brother: Merle St. Amour.