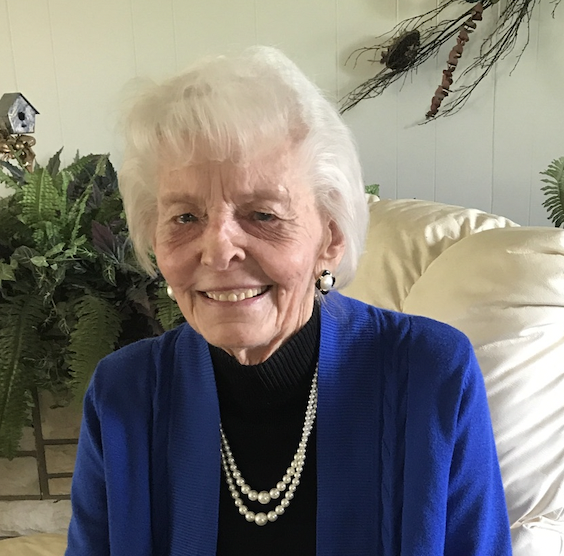 Age 95, of Flushing, passed away Wednesday, December 1, 2021, at Majestic Care of Flushing Assisted Living. A Funeral Service will be held at 12:00 noon, on Saturday, December 18, 2021, at Martin Funeral, Cremation & Tribute Services in Mt. Morris. Jim Watson to officiate, with burial to follow at Flint Memorial Park Cemetery. Mildred’s family will be present to receive friends at the funeral home from 11:00 am until the time of service at 12:00 noon. Memorial contributions may be directed to the Whaley Children's Home in Flint. Expressions of sympathy may be placed on Mildred’s tribute page at martinfuneralhome.com.

Mildred was born in Flint, on June 30, 1926, the daughter of Mr. and Mrs. Albert and Edith Pond. Mildred met the love of her life, Kenneth Roth, at the old roller rink in town. He had just gotten off the bus returning from the United States Marine Corps during WWII and found his way into the roller rink. The two dated, fell in love and were united in marriage on December 13, 1947. Their union would be blessed with twin boys that they were blessed enough to adopt from the Whaley Children’s House in Otter Lake. Sadly, Kenneth preceded her in death on November 14, 1997, just one month shy of their 50th Wedding Anniversary. Mildred worked as a Sales Associate for Kresge’s Department store until it made its name change to Kmart where she worked until her retirement in the early '60s. Mildred was a wonderful cook who was famous for her homemade pot roast. She also was wonderful at baking and loved to showcase her pies and cookies at Christmas time. Mildred also enjoyed canning tomatoes, peppers, hot peppers, and pickles that she grew in her garden. She enjoyed spending many nights at the Auto City Eagles Club # 3485. Taking care of her family was her favorite pastime and that included her cats and dogs. Mildred loved to go for a ride in the car with her sons, looking at the road signs and stopping on the way back to get a cheeseburger from McDonald's. She loved her family and will be greatly missed. The family would like to extend a special thank you to Roy and Martha Brown and Bob and Tonya Roth.

Mildred was preceded in death by her husband of 49 years, Kenneth; grandparents;  mother, Hazel; grandson, Brian Johnson; and her daughter-in-law, Phyllis Roth.