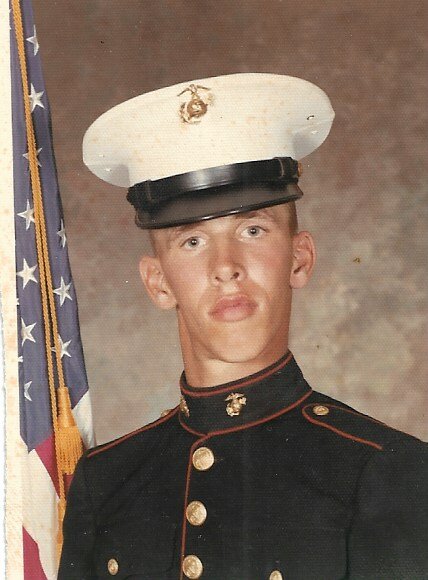 Please share a memory of Ronald to include in a keepsake book for family and friends.
View Tribute Book

Age 69, of Flint, died Friday, October 22, 2021, at Hurley Medical Center, with his family by his side. A Funeral Service will take place at 1:00 pm, Friday, October 29, 2021. Pastor Brian Southerland to officiate. Ronald’s family will be present to receive friends at the funeral home from 11:00 am until the time of service at 1:00 pm. Expressions of sympathy may be placed on Ronald’s tribute page at martinfuneralhome.com.

Ronald was born in Flint on February 3, 1952, the son of Mr. and Mrs. Russell and Rubina (Klemm) Marsden.  Educated locally, Ronald graduated from Beecher High School with the Class of 1970. On November 2, 1971, Ronald enlisted in the United States Marine Corps until his honorable discharge on June 1, 1973. Upon his return to civilian life, Ronald began working for General Motors on the Assembly Line. He continued to work there until his retirement in 2009. Ron met his beloved wife, Dawn Wright, and the two dated, fell in love, and were united in marriage on November 15, 2002. In his younger years, Ronald enjoyed fishing. He was very proud of his vegetable garden and used his entire backyard for planting. Ronald loved to watch the Detroit Lions and U of M football. He used to have a friendly bet with his friends about the football games. He also enjoyed watching the Detroit Tigers. He was a wonderful man and would give you the shirt off his back and his last 5 dollars to anyone in need. He was very close to his older sister, who unfortunately passed away. He had a big heart and loved everyone.