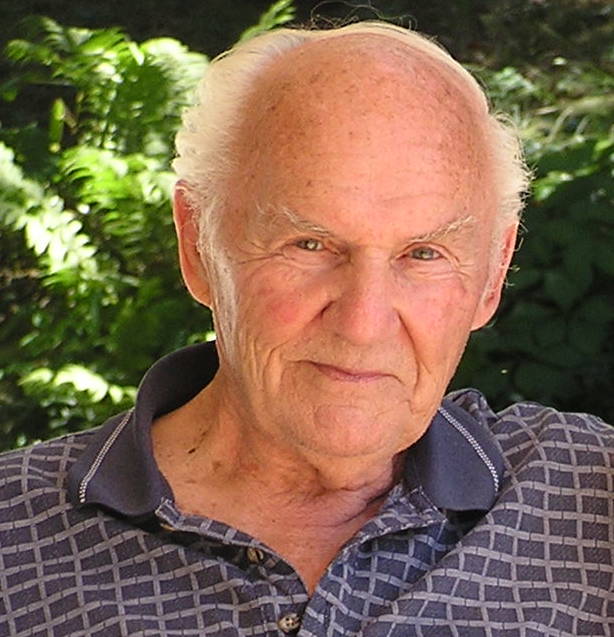 Robert Dale Totten, of Dearborn Heights, MI, passed away peacefully on June 15, 2021, just a few months shy of his 96th birthday. Dale was born in River Rouge, Michigan, on September 21, 1925, to Mr. and Mrs. Otis R.V. and Margaret Fern (Kline) Totten. At 14, Dale left home to pursue his love of the ministry at St. Paul of the Cross Monastery in St. Louis, MO where he studied to become a Priest. While in school, he enjoyed the hour of recreational time each day during which he took part in a number of athletic activities including soccer, baseball, football, and his favorite, running. After graduating with his high school diploma and a college degree at 24, he met his beloved wife, Victoria (Melian), while working as the youth director at church. The two dated and quickly fell in love. While dating, Dale enlisted and served in the United States Army. On December 26, 1950, while on leave from the Army for three days, Dale and Victoria were united in marriage at St. Henry Catholic Church in Lincoln Park, MI.

Dale served his country from October 26, 1950, to April 22, 1952. Upon his return to civilian life, Dale obtained his master’s degree in theology at the University of Detroit in 1968, while helping to raise his 5 children. Dale used his degree to educate others first at Our Lady of Lourdes in River Rouge and later at St. Linus in Dearborn Heights. He eventually accepted a position as Director of Religious Education at Immaculate Heart of Mary, working for the Archdiocese of Detroit. In the summer, Dale spent his time teaching at Madonna and Marygrove Colleges.

When Dale wasn’t teaching, he enjoyed spending time with his family at his cottage on Lake LeAnn in Somerset, MI. Dale could be found on his patio swing doing a crossword puzzle or appreciating God’s creations around him, like Sally, his special swan, and the squirrels that would visit his front porch. Dale also enjoyed cooking his favorite meals, with pancakes at the top of the list. Dale had a passion for pancakes – he ordered them everywhere he went and knew just where to find the best ones. Dale also enjoyed woodworking and crafted beautiful swings for family, friends, and loved ones.

True to his calling to serve others, for many years, Dale volunteered as a board member for MADD of Wayne County working to change the rights for the victims of drunk driving. Later in life, Dale took a position with Oakwood Hospital as an Adult Sitter. His role was to comfort and calm those admitted to the hospital under serious stress, a task that came natural to him.

Dale was a wonderful husband, father, and grandfather who adored his beloved family. He will be greatly missed.

Family will receive friends Tuesday, June 22 from 3:00 pm until 8:00 pm at Martin Funeral, Cremation & Tribute Services, Grand Blanc, MI. At 6:30 pm family, friends, and parish will gather at the funeral home to share in Dale’s life led by Dale’s good friend, Deacon Ron Kenny. A viewing will be held on Wednesday, June 23 from 9:30 am to 10:30 am at St. Mark the Evangelist Catholic Church in Goodrich, MI, followed by a mass celebrating Dale’s life. Interment to follow at Great Lakes National Cemetery. In lieu of flowers, memorial contributions may be directed to the Capuchin Soup Kitchen of Detroit. Expressions of sympathy may be placed on Dale’s tribute page at martinfuneralhome.com.