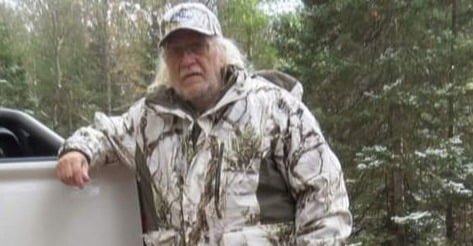 Age 70, of East Tawas, Michigan, died Monday, May 3, 2021, in his home. A graveside funeral service will be held at 11:00 am, Monday, May 10, 2021, at Flint Memorial Park Cemetery. Expressions of sympathy may be placed on Harry’s tribute page at martinfuneralhome.com.

Harry was born in Flint, Michigan, on December 19, 1950, the son of Mr. and Mrs. Harry E. and Naomi (Powell) Schultz. He proudly served his country as a member of the United States Army during the Vietnam War from May 8, 1968, to May 2, 1971, when he was honorably discharged. After his return to civilian life, Harry went to work for General Motors as a Fork Truck Operator. He worked there for 25 years until his retirement in 1998. He was a member of the UAW Local Labor Union #1292. In his free time, Harry enjoyed hunting anywhere and everywhere he could Up North on State Land, he particularly enjoyed hunting by himself as he liked the quiet and would often sit in the woods where it was quiet and peaceful.