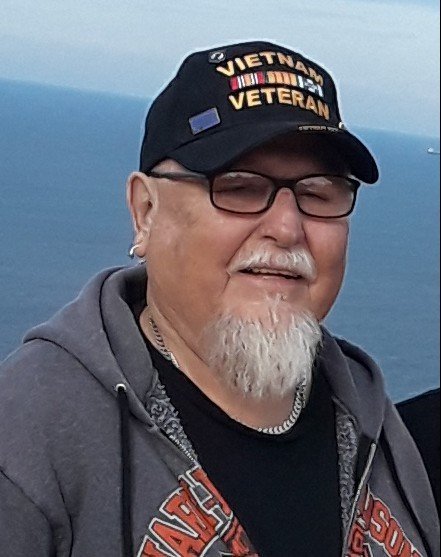 Age 73, of Flushing, died suddenly, on Sunday, March 21, 2021, at his home. A Celebration of Tom's Life will take place at 4:00 pm, Wednesday, March 24, 2021, at Martin Funeral, Cremation and Tribute Services in Grand Blanc. Pastor Kevin Dixson will officiate with cremation to follow. Tom's family will be present to receive friends at the funeral home on Wednesday from 12:00 Noon until the time of the service at 4:00 pm and the family requests you dress in your favorite Harley-Davidson or sports team attire in Tom's honor. Memorial contributions may be directed to the American Heart Association as well as expressions of sympathy may be shared with the family by visiting Tom's online Tribute Wall at martinfuneralhome.com​.

​Tom was born August 19, 1947, in Flint, the son of Mr. and Mrs. Thomas, Sr. and Isabelle Irene (Peck) Wilson. Graduating from Ainsworth High School, Tom would soon find himself heeding the call of his country in the United States Army. He served during the Vietnam War from November of 1967 until his honorable discharge in September of 1969. As a young man, he would meet, fall in love with and marry Laurie Stratton on January 10, 1975. Their union would be blessed with ​three ​children and she preceded him in death on December 21, 2010. After some time, Tom would meet Cheryl Laux​ ​and they would be united in marriage on March 27, 2013. His career path would lead him to the auto industry, and Tom began working for General Motors shortly after Vietnam. He was in production, most recently with the V-8 Engine Plant, until he retired in 2000 with over 30 years of service. ​He was a member of UAW Local 659 and the Leo R. Crow ​VFW Post 8236 of Flint. Family was very important to Tom and spending time with them brought him great joy as he was a lover of life and people. Some of his passions included riding his motorcycle and the Detroit Tigers and it was pretty common to find him watching an old rerun, reading or cheering on his favorite Michigan State Spartans! He will be truly missed​.​

Tom was preceded in death by his father and mother, wife, Laurie.