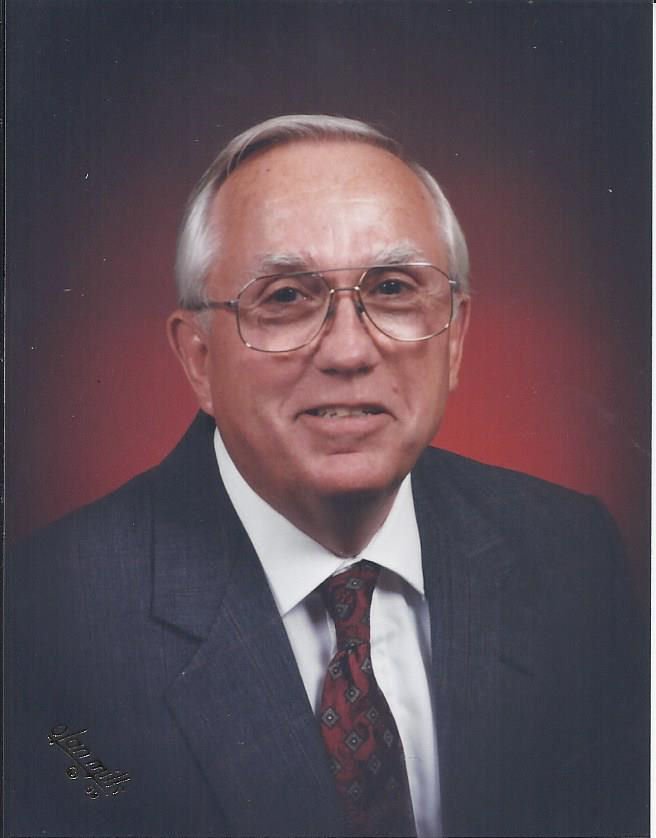 Age 84, of Clio, passed away peacefully at his home on Thursday, February 11, 2021.  He was surrounded by his family and many loved ones in his final days. Mass of Christian Burial will take place at 11:00 am, Tuesday, February 16, 2021, at SS Charles & Helena Catholic Church in Clio. Father Ken Coughlin will officiate. Burial will follow in Calvary Cemetery. The family will be present to receive friends at the  Martin Funeral, Cremation & Tribute Services on Monday from 3:00 pm to 7:00 pm. On Monday evening, family, friends, and parish will gather at the funeral home at 6:00 pm for a Rosary Service. On Tuesday morning, Mr. Mayhew will be taken to church to lie in state from 10:00 am until the time of Funeral Mass at 11:00 am. Those desiring may direct memorial contributions to St Luke's New Life Center. Expressions of sympathy may be placed on Mayhew's online memorial page at martinfuneralhome.com.

Ed was born in Flint on June 28, 1936, to Mr. and Mrs. Ervin W. and Yvonne (Mailhot) Mayhew. Educated locally, Ed graduated from Beecher High School with the Class of 1955. Ed started work as a pinsetter at 14 and held several jobs before enlisting in the U.S. Army at age 19. While in the Army, he was a proud member of the 101st Airborne Screaming Eagles, where he routinely jumped out of perfectly good airplanes. After his honorable discharge, Eddie returned to civilian life and began his career at General Motors, where he worked for 40 years until his retirement in 1995. Ed's love of golf was a thread that ran through his life.  It was on a golf date in 1961 where he stopped at the turn to propose to Judith Mary Dolan, whom he married the following year at St. Mary Catholic Church in Mt. Morris. Ed and Judy had four sons Paul (Laura) Mayhew, Timothy (Jennie) Mayhew, David (Judy) Mayhew, and Mark (Ann) Mayhew, and a daughter, Monica Veit.  Many of his children's fondest memories are from a golf course, where he shared wisdom, humor, and life advice as he walked over 7,000 miles with them before finally buying a cart. Ed won many golf tournaments, including the Clio Country Club Championship in 1966 and 1968. He was a member of the Clio Country Club for 50 years and a devoted member of the SS Charles and Helena Catholic Church for 50 years. He loved spending time with his kids and grandkids. In his free time, Ed liked to play bridge at the bridge club in Flint and was a Life Master and played in many tournaments in the Flint area in various clubs.

In addition to his wife and children, Ed leaves to cherish his memory his brothers: Edwin (Joann) and Earl (Lynette); his sisters-in-law: Martha Pierson, Kathleen Dolan, and Shirley Lee; and brother-in-law: Daniel Dolan.  He was adored and admired by his grandchildren: Zachary, Logan, Bailee (Barron), Marianne, Jacob, Ari, Tessa, Reyna, Nicholas, Michael, Patrick, Megan, Lucas, Shannon, Katy, and Jill; five great-grandchildren, and a plethora of nieces and nephews.

Ed survived jumping from planes, Michigan winters, cancer, Parkinson's disease, and marrying into an Irish family, and eventually died peacefully at home with his wife and his children at his side.  He will be deeply missed and fondly remembered.