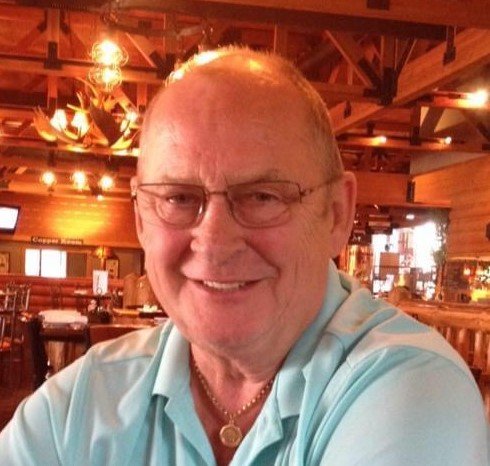 Age 74, of Grand Blanc, died peacefully Thursday, December 31, 2020, at home with his family by his side. A private family funeral will take place at Martin Funeral, Cremation & Tribute Services in Grand Blanc. Mr. Jeff Zittel to officiate. Expressions of sympathy and memorial contributions to the Grand Blanc Senior Center may be directed to George's tribute page at martinfuneralhome.com.

George was born in Barrow-in-Furness, England, on February 4, 1946, the son of Mr. and Mrs. Douglas and Winifred (Helling) Phillips. Born, raised, and educated in England, George met the love of his life, Pauline Brady, at a dance, as young adults. The two dated, fell in love, and were united in marriage on May 1, 1971, in Barrow-in-Furness, England. Immigrating to the United States, George and Pauline moved to Grand Blanc in 1992 and have lived there since. George dedicated his days working at Brady's Business Systems in customer service until his retirement in February of 2020. George enjoyed helping others, being a good friend, and spending time with his family. He was an avid fan of Liverpool Football and traveling wherever the sun might be shining. In his free time, George enjoyed fishing, family gatherings, and getting together with friends.

George leaves to cherish his memory; his wife of 49 years, Pauline; two children: Lynn and husband, Jeff Zittel, and Paul and wife, Keri Phillips; grandchildren: Scott, Rylee, Logan, Anna, and Jeffrey; special memories with the Brady family for their love and friendship over the years; several brothers-in-law, sisters-in-law, nieces, nephews, and friends.

George was preceded in death by his parents; and brother, Alan Phillips.