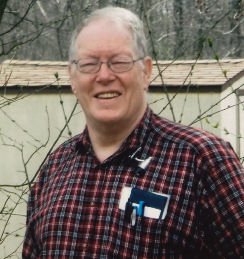 Age 74, of Flint, passed away Saturday, October 31, 2020, at Caretel Inns of Linden, with his family by his side. A celebration of life service will take place at 1:00 pm, Friday, November 6, 2020, at Martin Funeral, Cremation & Tribute Services in Mt. Morris. Bishop Robert Leon to officiate with burial to follow at Corvallis Cemetery in Montana. The family will be present to receive friends on Friday from 11:00 am until the time of service at 1:00 pm.  Memorial contributions may be directed to the Wounded Warrior Project. Expressions of sympathy may be placed on Edward’s tribute page at martinfuneralhome.com.

Edward was born on October 28, 1946, in Long Beach, California, to Mr. and Mrs. Louis and Doris (Anderson) Byron. Growing up in Corvallis, Montana, Edward was educated locally, graduating with the Class of 1964. He went on to further his education at Brigham Young University, in Prove, Utah, where he graduated with his Bachelor’s Degree in 1968. While attending BYU, he met Doris Paterson. The two dated, fell in love, and were united in marriage on August 10, 1970. Edward and Doris had a special place in their hearts for all children leading them to become foster parents. During this time they were able to foster 34 children and adopted two of those 34. Heeding the call to serve his country, Edward enlisted in the United States Army during the Vietnam Era. Upon his honorable discharge, Edward would start his career as a computer programmer in Washington, D.C. His career path would lead him to Boeing, a  Security Company, and eventually retiring as an independent contractor. After retirement, he continued working as a security guard with Alliance University until his death.  In Edward’s free time he enjoyed reading, camping, fly fishing, boating, canoeing, playing the guitar, and above all, being a parent and foster parent.

Edward was preceded in death by his wife of 40 years: Doris Byron; son: John Byron; and parents Louis and Doris Byron.