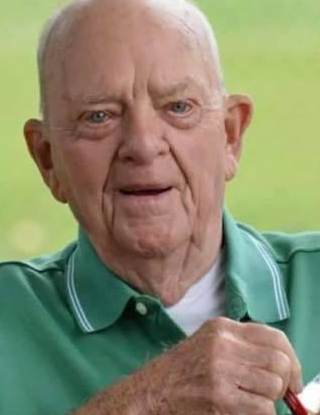 Victor was born in Alma, on March 12, 1927, the son of Mr. and Mrs. Lawrence and Maude (Crooks) Bennett. Victor grew up in Beecher and was educated locally, graduating from Beecher High School with the Class of 1946. He began his career with Kroger in the produce department, where he met Donnia. The two dated and fell in love and were united in marriage on August 14, 1949, in Angola, IN. Victor retired from Kroger after 45 years of service as the produce manager. He was a member of the Thetford Senior Center.  Victor loved fishing, traveling, playing cards, and spending time with his family, especially his grandkids. In his free time, Victor enjoyed yard work and gardening.

Victor was preceded in death by his parents: Lawrence and Maude (Crooks) Bennett; and two brothers.

The family would like to extend a special thanks to Pam and Shannon.