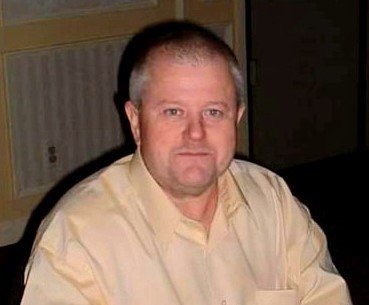 Age 68, of Clio, formerly of Swartz Creek, died Monday, October 5, 2020, at McLaren Flint. In accordance with Rick's wishes, cremation has taken place. Memorial contributions in Rick's name may be directed to the American Cancer Society or the American Lung Association. Expressions of sympathy to the family may be placed on Rick's tribute page at martinfuneralhome.com.

Rick was born in Flint, on January 21, 1952, the son of Mr. and Mrs. James and Joan (Crowe) Knox. Rick grew up in Swartz Creek, graduating from Swartz Creek High School with the Class of 1970. He then went on to pursue his education at Michigan State University, graduating with the Class of 1974. Rick worked as a Diesel Mechanic at Lloyd Miller & Sons for 46 years until his retirement in 2017. Rick loved to spend time with his family, celebrating the holidays and spending time with his nieces and nephews. He was a big Spartan fan and loved sports; he particularly enjoyed car racing. Rick was known as “Stump” by his friends and would go on walks every day. In his free time, Rick enjoyed spending time up north at his cabin in Prescott, at Cranberry Lake, feeding the birds and the squirrels.

Rick was preceded in death by his parents.