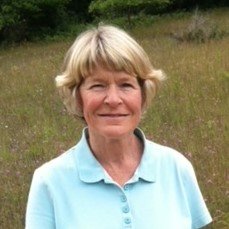 Age 65, of Grand Blanc, died Friday, September 25, 2020, at Brookdale Assisted Living in Grand Blanc. The family will be present to receive friends from 1:00 pm to 4:00 pm on Friday, October 9, 2020, Martin Funeral, Cremation, and Tribute Services of Grand Blanc, 8253 S Saginaw Rd, Grand Blanc. Memorial contributions may be considered to the American Alzheimer’s Association. Envelopes are available at the funeral home. Expressions of sympathy may be placed on Gail’s tribute page at martinfuneralhome.com.

Gail was born in South Bend, Indiana, on April 6, 1955, the daughter of Mr. and Mrs. Earl and Patricia (Annis) Wiseman. As a child, she moved to Flint and was raised and educated locally, graduating from Grand Blanc High School with the class of 1973. She met, fell in love with, and was united in marriage to Mr. Chapin Cook on April 8, 1989, their union was blessed with three children. Gail worked at Hurley Medical Center as a secretary before becoming a Medical Recorder retiring in 1999. Post-retirement, Gail worked for Genesee Intermediate School District as a parent-teacher educator for five years. She was a devoted wife, mother, and grandmother. In her free time, Gail enjoyed traveling, serving in Big Brothers Big Sisters, and attended St. Christopher's Episcopal Church.

She was preceded in death by her parents: Mr. and Mrs. Earl and Patricia (Annis) Wiseman.