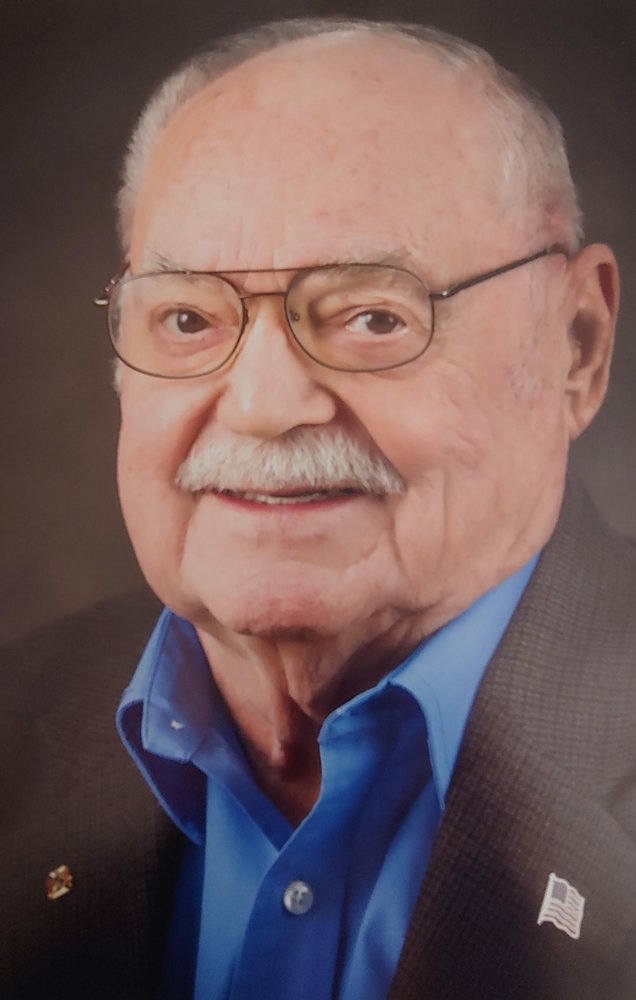 Age 92, of Frankenmuth, passed away Tuesday, September 22, 2020, at Covenant HealthCare-Cooper. Bernies’s family will be present to receive friends from 4:00 pm until 7:00 pm, Monday, September 28, 2020, at Martin Funeral, Cremation & Tribute Services in Vassar. A private Mass of Christian burial will take place at a later date. Memorial contributions may be directed to the Travis Mills Foundation. Expressions of sympathy may be placed on Bernie’s tribute page at martinfuneralhome.com.

Bernie was born in Reese on June 13, 1928, the son of Mr. and Mrs. Chas and Catherine (Stratman) Schulte. Heeding the call to serve his country, Bernie proudly served in the United States Army during the Korean War. On November 1, 1975, Bernie married the love of his life, Agnes Racicot. Sadly, she preceded him in death on March 22, 2008. Upon his honorable discharge, Bernie returned to Michigan, where he began his career as a mechanic for Reese Standard Service and then went on to General Motors Grey Iron - Saginaw. He was a dedicated employee for 30 years until his retirement in 1990. Bernie was an active member of St. Francis Xavier Cabrini Catholic Church, singing in the choir and volunteering as an usher. He was a member of the Knights of Columbus #7591 and the American Legion #0139 of Reese. In his free time, Bernie enjoyed woodworking, square dancing, reading, playing cards, tinkering, golfing, and traveling. Most important to Bernie was spending time with his family and friends.

Bernie was preceded in death by his wife: Agnes Schulte; parents; one brother and three sisters; three infant step-grandchildren.