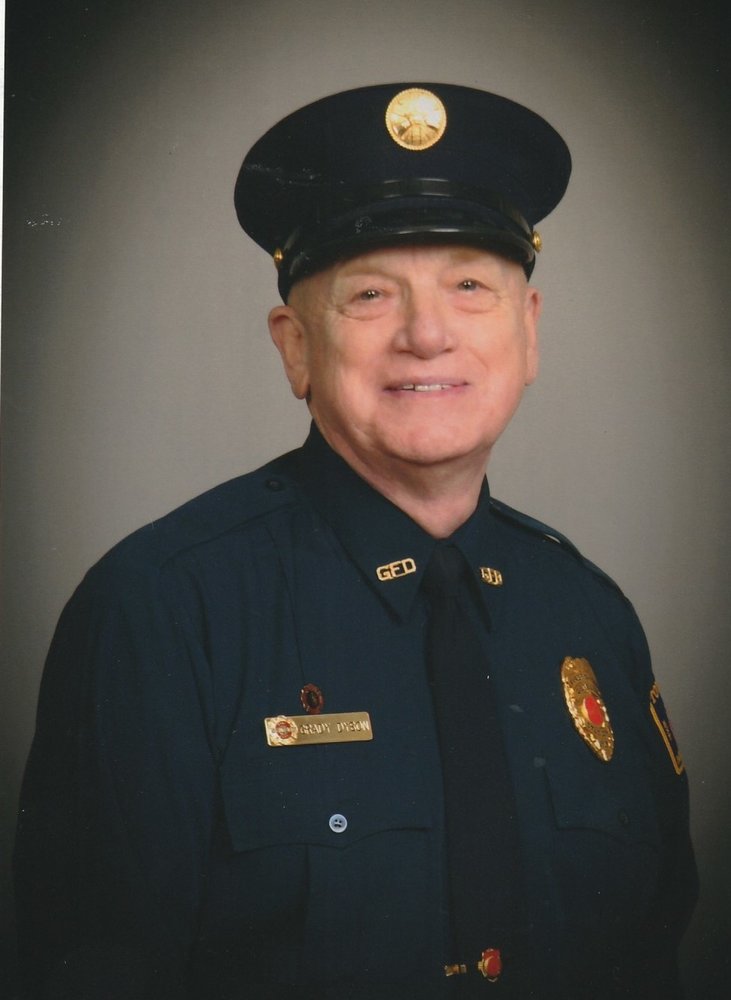 Age 78, of Genesee, died  Monday, September 7, 2020, at McLaren Flint. A graveside service will be held at 11:00 am, Friday, September 11, 2020, at Flint Memorial Park, 9506 N. Dort Hwy Mt. Morris. Reverend Zachary Caldwell to officiate. The family will be present to receive friends from 4:30 pm to 7:30 pm on Thursday, September 10, 2020, at Martin Funeral, Cremation & Tribute Services in Mt. Morris. Memorial contributions in honor of Grady may be considered to the Genesee Township Fire Department Station #1. Expressions of sympathy may be placed on Grady's tribute page at martinfuneralhome.com.

Grady was born in Mooresville, North Carolina, on September 14, 1941, the son of  Ralph Dyson and Julia Dyson. Heeding the call of his country, Grady proudly served in the United States Air Force. He met, fell in love with, and married Kathleen Piehs on June 15, 1963, in New Jersey. Together their union was blessed with three sons. Sadly, Kathleen preceded him in death on September 24, 1999, after 36 years of marriage. Grady worked in production for Fisher Body and Buick City for 32.5 years before retirement; he served on the Genesee Twp. Fire Department Station #1 for 38.5 years before retiring in 2018 and was a member of the Genesee Lions Club #4753, where he served as president for several years. Grady was active in the Boy Scouts serving as a Cubmaster for many years, volunteered at the Genesee Veterans Memorial Building Committee, and was a 50-year blood donor for the American Red Cross. In his free time, Grady enjoyed yardwork, extreme decorating for the holidays, and NASCAR; his favorite NASCAR driver was Dale Earnhardt Sr.

He was preceded in death by wife of 36 years: Kathleen Dyson; son Jason Dyson; parents: Ralph and Julia Dyson; and brother: Lamont Dyson.