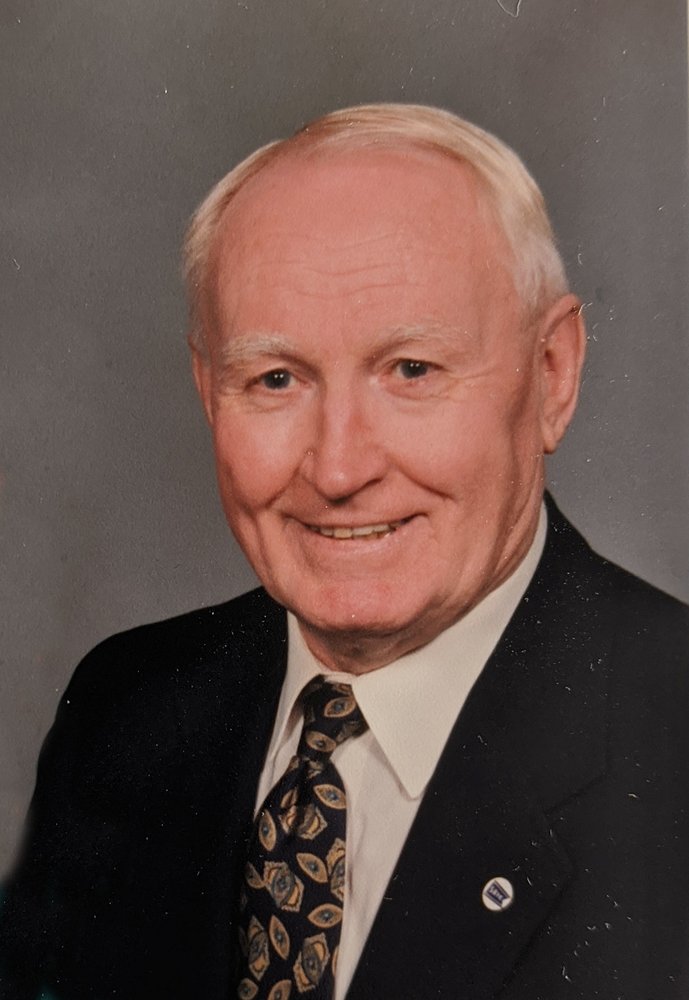 Age 96, of Flint, passed away Friday, June 26, 2020, at Bella Vita Senior Living. In accordance with Jack's wishes, cremation has taken place.  Burial of cremated remains will take place at 2:00pm, Friday, July 31, 2020, at Great Lakes National Cemetery in Holly. Rev. John Montoney. In lieu of flowers, donations may be directed to the University of Michigan Veteran and Military Services https://vets.umich.edu/ or the Wartime Veterans of Michigan. Expressions of sympathy can be placed on Jack's tribute page at martinfuneralhome.com.

Jack was born in Flint on August 29, 1923, the seventh of ten children of William and Fern (Edwards) Park. Heeding the call to serve his country and following his brothers Winnie and Fred, Jack enlisted in the United States Army on January 27, 1943, serving in the Pacific Theater of Operations of WWII until his honorable discharge on December 29, 1945. Upon his return, Jack would meet the love of his life, Ardelle K. Bachman. They were happily married for 70 years. Sadly, she preceded him in death on March 7, 2019, and he has been inconsolable without her.  Jack owned and operated AAA Softener Service, retiring in 1988.  Jack loved his family, his cabin on Beaver Lake, fishing, boating, traveling, spending time at casinos, his friends at the donut shop, and watching football, especially the Michigan Wolverines. He enjoyed telling the story of a cross country trip to the 1948 Rose Bowl game (W 49-0) with his parents and two younger sisters, Pat and Bonnie.  In recent years, Jack shared many experiences from the war including the last time he saw his brother, Major Winston (Winnie) Park who was reported missing in action in May 1945.

Jack was preceded in death by his parents, his loving wife, Ardelle, three brothers, and six sisters.